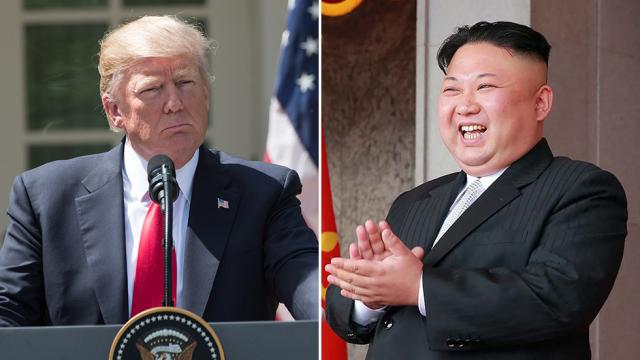 by Staff writer, SF
The international spotlight has been largely focused on the meetings between the presidents of North Korea and South Korea, which aims to end the conflict between the two states. This would be good news for Korea, but also the whole world. However, not everyone is so happy.

During the decades of war, North Korea became increasingly isolated from the world, developing nuclear weapons and ruling with an iron fist. Thus, it became a nuclear state with an exhausted economy and long-suffering people. This parallels the Iranian Regime, which has secretly developed nuclear weapons for decades, tortured its own people, and tanked the economy.
In fact, Abdullah bin Bijad al-Otaibi, a member of the board of advisors at Al-Mesbar Studies and Research Center, even describes North Korea as a role model for Iran.

He wrote: “In our region, the Iranian regime was inspired by North Korea and viewed it as a role model – of course taking into consideration there are differences between the two regimes. With the collapse of this model, Iran will have to walk alone in building its own model amid all the major changes to confront its project.”

The two rogue countries have become close, working together on their illicit nuclear programmes and their wish to thwart the US’s power.
Under former US President Barack Obama, the US suffered a powered imbalance which allowed America’s enemies (i.e. Russia, North Korea, Iran, Muslim Brotherhood) to resurface internationally. Now, the Donald Trump administration is trying to restore the international balance, while America’s enemies are trying hard to test them.

This means pressuring North Korea to enter into talks with South Korea through economic and military threats against the dictatorship and its allies. It also means increasing sanctions on the Iranian Regime and its suppressive security forces, which harm its ability to fund missile programmes, terrorism, or foreign interventionism that the Regime are using to destroy the Middle East. This also means pulling out of the Iran nuclear deal, which has done nothing to stop Iran’s nuclear development and everything to help them fund more evil things.

Otaibi wrote: “If the North Korean model is successfully and completely toppled, we will witness a new international era in world history. This has not been completed yet as it’s not like the fall of the Berlin Wall, which was a result, but an issue that is being worked on, followed up on and monitored. The party most harmed by the change will be the Iranian regime.”