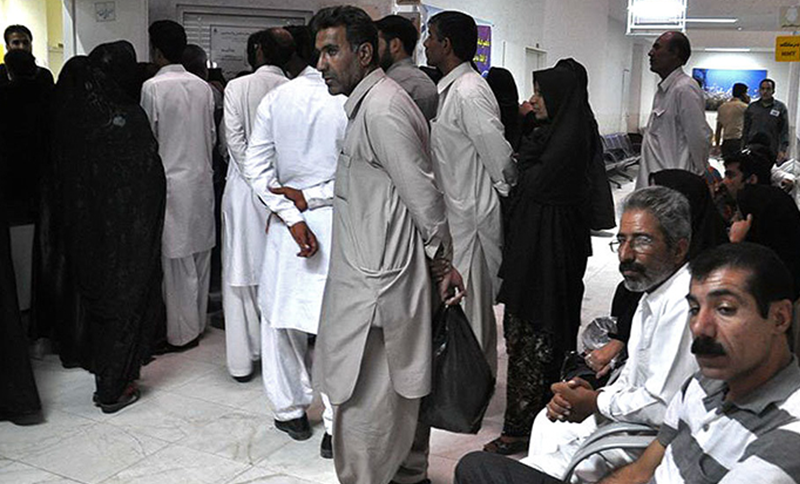 On Wednesday, August 7, Baluch minority citizens in Saravan city, Sistan and Baluchestan province, had to spend the night in a long queue for making an ultrasound scan appointment so they could get a turn for the next day, because only 10 women and 10 men are given ultrasound appointments.