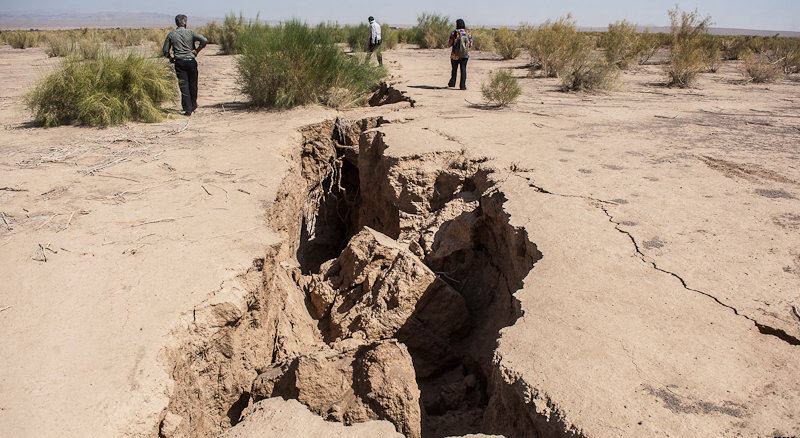 Iran’s Sixth Development Plan has been blasted by a top Iranian environment official as being detrimental to soil and water resources. On December 11th, Issa Kalantari, head of the Iranian Environment Department, said at a ceremony celebrating World Soil Day, “Such plans are forced on the government without taking soil and water capacities into account.”

He also said that Iran’s limited water and soil resources were endangering the country’s ability to feed its more than 80 million population. “Since our level of consumption has been higher than our limited resources, we are going to face soil bankruptcy as we have already experienced in water-related fields,” he said.

Kalantari described the country’s laws, including the overarching Sixth Development Plan, as unrealistic in regard to the environment. “We are using our resources in excess without thinking about how to sustain them.”

The government has allegedly been force to excessively build dams and consume surface and underground water resources, while many parts of Iran have faced unprecedented periods of drought. Experts maintain that excessive erosion and degradation have seriously endangered Iran’s soil resources. Additionally, 750,000 wells are operational in Iran, 330,000 of which are illegal, according to official statistics.

“Stop repeating the shibboleth and saying our country is great,” Kalantari demanded to those who promote population growth. “Our resources are limited. If we are going to have a larger population, we should do it in tandem with our imports.”

A main proponent of population growth is Supreme Leader Ayatollah Ali Khamenei. He issued an edict in 2014, obliging the heads of Iran’s ruling system to reduce the legal age for marriage and encourage families to have more children.

“Iran’s 8,000-year-old civilization will be destroyed if the level of our water consumption is not reduced,” Kalantari echoed experts’ warnings.

Cautioning about a tipping point requiring urgent measures for Iran’s soil resource, the former agriculture minister said in an interview with the government’s official news agency, IRNA, “When the Iran-Iraq War started, no one considered the consequences of the armed conflict and its bombardments on the unemployment rate, because there was no time to do so. We were facing a much greater problem: the war itself.” Kalantari added, “Today, we’re in a similar situation. We must not consider the unemployment rate among farmers at this point in time, because we’re facing a much more critical problem.”

He warned about the regime’s approach to water use, saying “If water consumption for agriculture remains at this level, in less than 25 years Iran’s eastern and southern areas will be completely deserted, and 50 million people will have to emigrate.” Kalantari continued, “90 percent to 95 percent of water consumed in the agricultural sector must be reduced; otherwise, the problem will never be solved.”