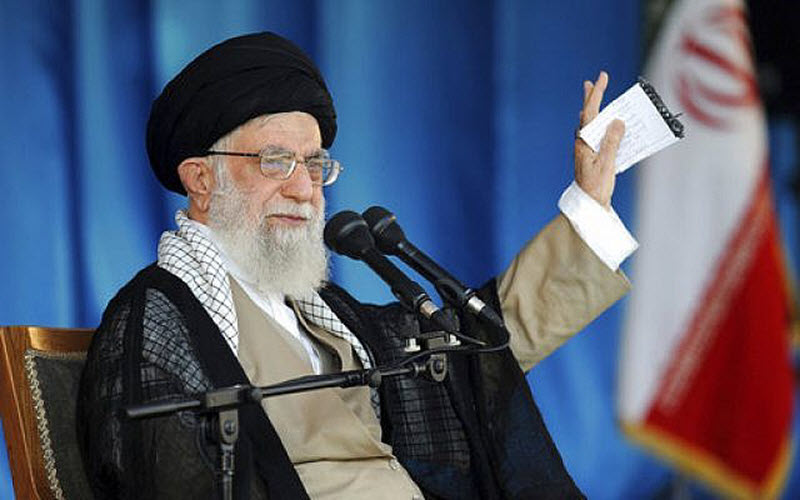 As Iran participates in talks with the EU about the launch of a trade mechanism that will allow a continuation of trade with the Islamic Republic in the face of US sanctions, Iranian, news outlets have been “censoring”, or “rephrasing” comments made by the Islamic Republic’s Supreme Leader, Ali Khamenei.

The EU has been taking its time to develop a “Special Purpose Vehicle” with which it means to convince Tehran to stay in the nuclear deal despite the US exit from the agreement last May. However, the aging Supreme Leader has not helped speed up the process with his recent comments.

For example, he urged government and state officials to “distinguish friends from foes”, saying that even the enemy’s smiles are not to be trusted. Later, Khamenei’s was remark was replaced with this, more tactful, one: “The strategy of the U.S. is clear, as it is brazenly expressing hostility, but there is a need for vigilance in dealing with the Europeans because they [might also] behave deceptively.”

Fars new agency (FNA) left the initial comment on its Twitter account. “These first-class half-witted idiot statesmen of America get furious, bang their heads against the wall, and hold a conference in Warsaw. Such ballyhoo should not dishearten the authorities [of the Islamic Republic’s].”

Another state-run website, Iran Students News Agency (ISNA) initially quoted Khamenei as saying, “America’s enmity towards Iran is obvious. Our enemies’ unclean hearts are full of enmity towards the Islamic Republic … our officials should not be deceived by the Europeans … don’t be fooled by Europeans.” But, ISNA later changed the remark into: “I’m not telling the officials what to do, but I’m advising them to exercise caution [in dealing with Europe] so that they will not be tricked by them and cause problems for the country.”

Khamenei recently noted, “Some people, who benefit from the country’s peace and security enjoying their jobs and their favorite sports, bite the hand that feeds them, should know that security is obtained by current policies of the regime.” It is believed that this comment was aimed at two former and current soccer superstars, who criticized remarks made by Foreign Minister, Mohammad Javad Zarif.

Zarif said that while he is “proud of defending the people of Palestine”, added that “Today, we are all under pressure.” Many believed he was alluding to economic hardships people are enduring in Iran.

The next day, former superstar of Bayern Munich and Iranian national soccer team member, Ali Karimi, responded on Zarif’s Instagram page.” Which ‘we’ are under pressure Doctor [Zarif]? Strictly speaking, ‘you’, or ‘us'”?

Another footballer, Voria Ghafouri, criticized Zarif directly, saying, “You are not under pressure. As a matter of fact, it is the ordinary people who are under pressure.”
Ghhafouri defended his remarks when he said, “Some of the authorities add salt to injury by their remarks.”

On Monday, Iranian news outlets reported that the Ministry of Sports’ security department has summoned Ghafouri to explain his comments against Zarif.