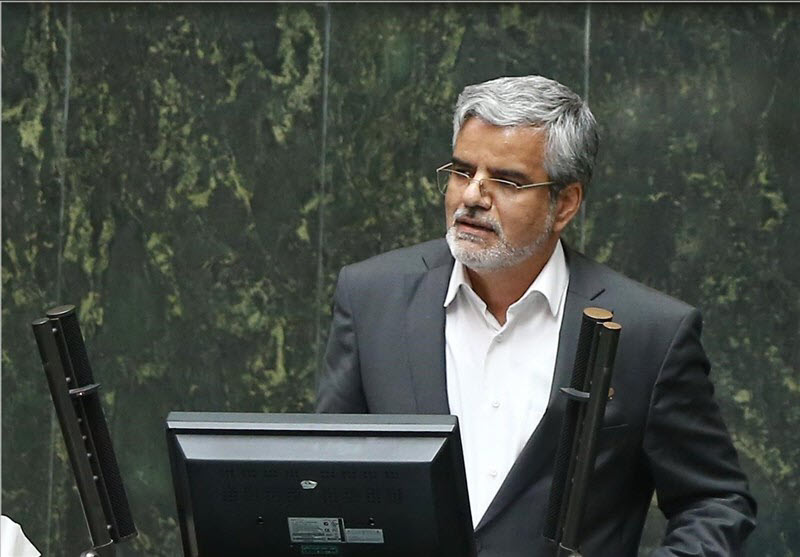 Tehran MP Mahmoud Sadeghi announced that a number of employees of Iran’s General Inspection Organization (GIO) have been arrested for “accidentally” auditing bank accounts of the Justice Department.

Sadeghi accused the judiciary of illegally allocating the interest from the suspected savings accounts and using it to pay for judges’ accommodation and bonuses.

The GIO is linked to the judiciary. Based on Iran’s constitution, the judiciary controls and supervises government bodies and state-sponsored institutions.

Sadeghi claims that staff from Bank Melli, Iran’s national bank, expressed suspicion about the large amounts deposited into the judiciary’s savings accounts. These staff members have also been detained.
Sadeghi called on Chief Justice Ayatollah Sadeq Amoli Larijani to show bank statements in 2016, from accounts under his name, where the judiciary had been depositing funds, mainly composed of people’s bails.

Sadeghi asked at the time, “Which law allows state funds to be deposited into personal accounts?”

On August 6th, during a parliamentary Q&A, Sadeghi raised the issue again with finance minister Masoud Karbasian. He asked for a “convincing” explanation on the legal bases of the accounts and their “religious legitimacy.”

He demanded to know how many of these bank accounts exist, how much was deposited into them, and how and why the interest was disbursed. “The lack of transparency in the state-run departments’ interaction with the people has created a rift between the nation and the ruling establishment and led to decreasing the public trust in the regime to its lowest level,” Sadeghi said.

Karbasian responded by saying that there were 63 savings accounts opened, but some were later closed, between 2008 and 2016. Three or four of the accounts have always been registered under the name of the chief justice. Official entities in charge of supervising such cases have approved the legality of the accounts, he added.

The bank statements, however, were not released.

Sadeghi explained, “I did not mean to insult the judges [the main beneficiaries of the suspected saving accounts], I just wanted to highlight the necessity of respecting halal [permitted by the religion] and haram [forbidden] principles in the judicial procedures,” adding, “Is a judge who pockets people’s money capable and qualified to combat economic corruption?” He continued, “If the judiciary needs more resources, it should approach the parliament for them and avoid satisfying its financial needs by illegally using people’s money.”

Masoud Pezeshkian, the parliament’s first deputy speaker, who chaired the session, said he preferred not to put the issue to a vote. He claimed that it was not sufficiently transparent, and added that the parliament was entitled to investigate it thoroughly.

Sources with knowledge of the matter call this “an internal feud” — a fight between rival factions inside the Iranian regime. Still, these skirmishes reveal the crimes and corruption.