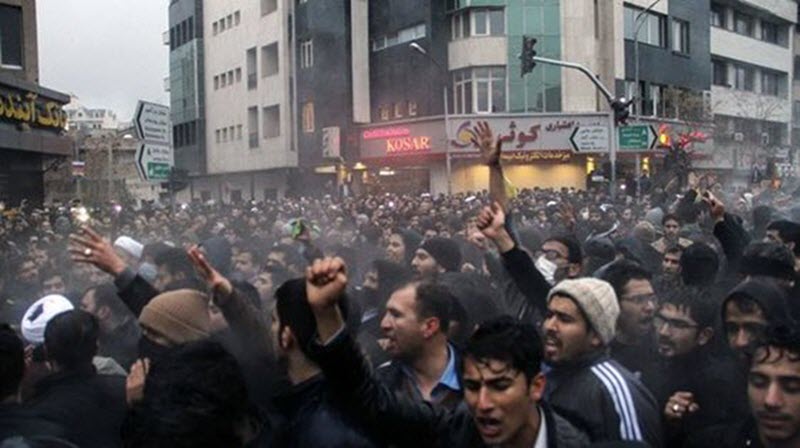 There’s a growing sense of optimism for the Iranian people and their diaspora following the New Year’s celebrations last week, that the Iranian Regime will soon fall, according to political scientist Dr. Majid Rafizadeh.

Much of that optimism can be attributed to the nationwide protests that spread across Iran in late January, reaching every province and every demographic, even those previously thought to support the Regime.

Dr. Majid Rafizadeh wrote on Arab News: “Not only did farmers and the rural poor participate in the demonstrations; they also helped to popularize much bolder slogans than those which characterized the urban middle-class movement in 2009. Protesters in the past few months have risked execution by chanting “death to the dictator” and telling both factions of the Iranian political establishment that “the game is over.””

The Regime has so far killed at least 50 protesters in the streets and imprisoned 8,000, while at least 12 detainees have been tortured to death. This is horrific, but the repression is not quelling the protests. It’s bolstering them. More and more Iranians are joining protests to demand the release of political prisoners and to expose abuses by the Regime. In short, the people are sending a warning to the Regime: Fire is catching, and if we burn, you burn with us.
Dr. Majid Rafizadeh explained that these protests are also loudly voicing public support for the Iranian Resistance and the People’s Mujahedin Organization of Iran (PMOI/MEK).

He wrote: What was surprising, however, was [the Regime’s] uncharacteristic admission of vulnerability when Supreme Leader Ali Khamenei acknowledged the leading role that the [MEK] had played in planning and carrying out the nationwide protests.”

This was revealed in a statement by Khamenei on January 9, and reiterated by Mohammad Ali Jafari, the head of the Islamic Revolutionary Guard Corps, on March 11.

Despite increased funding for the Regime’s suppressive security forces, the Regime is unable to suppress the people’s call for change. Even before the December protests began, the Iranian Regime has been beset by protests from the Iranian people over everything from financial crimes to workers rights to the release of political prisoners. This is not going away.

the president-elect of the National Council of Resistance of Iran (NCRI) Maryam Rajavi encouraged further uprisings from the Iranian people, in her new year message, until the Regime is finally overthrown.

She said: “The critical situation of the mullahs’ regime is a product of the Iranian people’s historic resistance. The Iranian people have never accepted this regime. The time is up for protecting this decadent regime and the uprising will continue until final victory.”

Dr. Majid Rafizadeh also noted that optimism was rising amongst Western supporters of the Iranian Resistance, which are plentiful and ever growing, and encouraged Western governments to support the Resistance through their policy, including supplying free internet to the Iranian people to bypass the Regime’s censorship.

Dr. Majid Rafizadeh wrote: “It is all but certain that the Iranian people will rise up again in opposition to the clerical regime. The international community must be ready to stand on the side of the Iranian people and the resistance and to make certain that those people retain access to the internet and social media, which were so instrumental in the astonishingly rapid and expansive spread of the January uprising. This will in turn make it easier for the world to recognize the abuses that the regime visits upon its restive population, and to hold Iranian officials accountable.”

He continued: “With this type of support from the free world, the Iranian people and the organized resistance movement could soon have an unprecedented opportunity to realize the promise that is inherent in the literal translation of Nowruz: A “new day” for an ancient civilization — one that has long been ready to enter an age of secular democracy and civic freedom.”