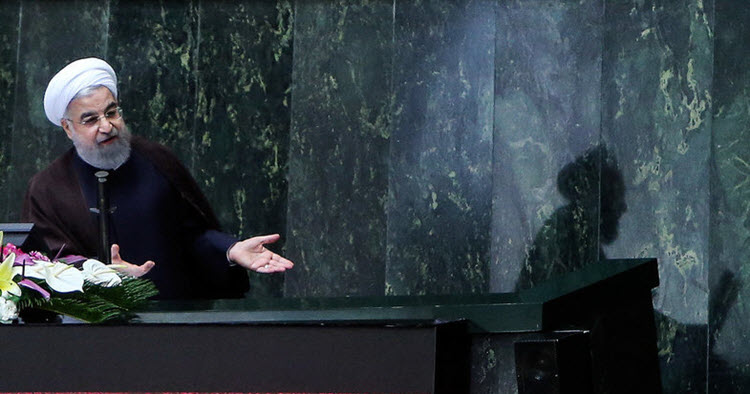 The power struggle at the top of leadership in the Iranian regime has President Rohani raising the stakes in his fight for power against the IRGC, by offering the Defense Ministry to the regular military.

Rohani’s candidate for the De¬fense and Armed Forces Logistics Ministry was a surprising pick. Should Brigadier-General Amir Hatami gain the parliament’s vote, he will be the first regular military officer to serve in a cabinet position. Since 1993, this position has been held by officers of the Is¬lamic Revolutionary Guards Corps (IRGC).

Rouhani’s defeat of Ebrahim Raeisi, his main chal¬lenger, who is  widely believed to have been both the IRGC’s and Supreme Leader Ayatollah Ali Khamenei’s choice, not only as president, but also as a potential supreme leader. During the run-up to, and after, his re-election, the president’s relations with the IRGC deterio¬rated.

Although after the election, both parties strive to establish more appropriate relations, and the IRGC’s top leadership met with Rohani on July 24th to express belated congratulations on his re-election, still, in the influential Iranian newspaper Kayhan ran an editorial suggesting that the tone was anything but congratulatory.

Hatami’s appointment reveals more than just Rohani’s preference for the regular military, but also indicates that the president is fueling the rivalry between the main branches of the armed forces. This rivalry relates to the overlapping respon¬sibilities of the two military organizations, as well as their unequal access to funding, recruitment opportunities, and different levels of prestige

Iran has had two competing defense ministries since the 1979 revolution. The Defense Ministry was led by army officers. It was countered by the Ministry of the Islamic Revolu¬tionary Guards Corps, with IRGC officers as its leaders. By 1993, the two ministries merged into the Defense and Armed Forces Logistics Ministry, which has since had ministers from the ranks of IRGC officers.

By appointing a defense minister from the regular military, Rouhani not only breaks with that tradition, but signals his attempt to neutralize the IRGC. Rohani is better posi¬tioned than his predecessors to fight against the IRGC, but he fights an uphill battle. He needs the parliamen¬t’s vote of confi¬dence for his candi¬date in order place the IRGC in a less influential position.