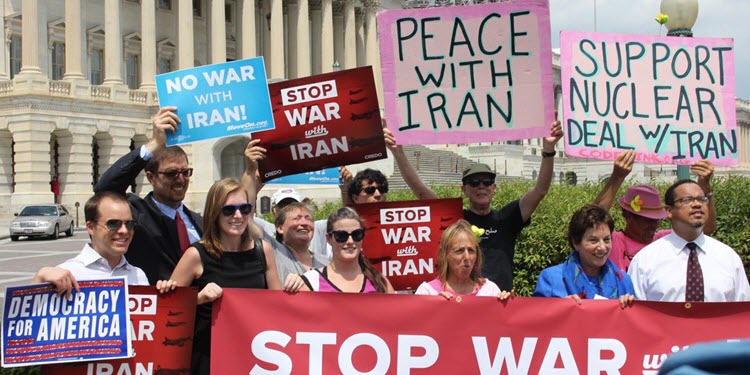 The Iranian regime for nearly four decades, has attempted to suppress Iranian dissention. Efforts to discredit or eliminate any group that opposes them include diplomatic pressure, mass arrests and imprisonment for participation or membership, and recently, attacks in news media and as well as on social media.

Iran’s regime has created many online front groups, web pages, and blogs that are dedicated to discrediting any Iranian opposition group and give to the impression of a social media wave of support for its policies. Specifically targeted by these regime false fronts is the National Council of Resistance of Iran, an umbrella opposition group housing various resistance efforts such as the People’s Mojahedin Organization of Iran (PMOI) or otherwise known as the Mujahedeen-e-Khalq (MEK).

One of the websites is the Campaign Against Sanctions and Military Intervention in Iran (CASMII) which regularly denounces the MEK.

No staff names appear on the CASMII site, nor any quotes by anyone associated with CASMII. There is no indication who supports it, and no contact information. Statements and posts on CASMII, especially relating to the Iranian resistance, appear to be cut and pasted from regime news sites, regime press statements and articles written by regime supporters.  There is no mention made of groups such as Amnesty International, who report on Iranian regime’s suppression of its people. Also, there are no stories about the support of groups such as Hezbollah by Iran, or discussion of the disputed elections.

CASMII, like many of the groups listed as links, is essentially a link farm to boost page views and clicks on favorable articles. These articles come from sympathetic sites and news organizations such as Huffington Post, Guardian newspaper, National Iranian American Council and Buzzfeed. However, CASMII does little to raise any real policy debate over the Iran nuclear deal, or other hot-button issues, but is, instead, just noise generated by the regime to drown out the real debate taking place, as congressional representatives and senators go home to talk to their constituent in town halls across America.