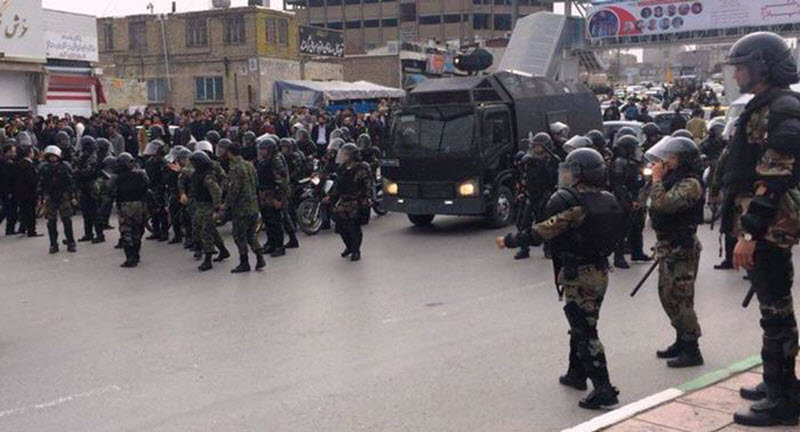 The people of Iran are out in the streets protesting and participating in anti-government demonstrations because they are fed up of the suppression that they have to endure every day.

Although we know that there have been dozens of deaths and hundreds of arrests, we in the West have been kept somewhat in the dark. The Iranian regime said several days ago that the protests had died down, but leaked reports from inside the country show us otherwise. It is very likely that many more people have died.

As usual, the Iranian regime is punishing and trying to quash dissent. It is doing this in the most brutal ways possible – shots are fired into the crowds to attempt to get them to disperse and people that were arrested and subsequently imprisoned have been subject to torture.

This does not come as much of a surprise and it is one of the main reasons for the protests. The people of Iran have reached breaking point and they are worried about their future faced with the economic crisis and the rising costs of food. The worry is so widespread and affects so much of society that the protests spread like wildfire.

The Iranian regime is scared of the truth. It is fearful of the truth coming out, but there is nothing that is can do to change the truth or hide the truth. The people of Iran have shown that no matter how the regime tries to oppress them into submission, they will never be silenced and they will not stop spreading the truth.

Prices are increasing at an alarming rate in Iran and the unemployment situation is getting more and more serious. This is an unacceptable situation because it could have been prevented by the Iranian government. In 2015, the Iranian regime signed the nuclear deal. It got a very large cash sum as a result of this, meaning that the country should not be facing so many economic issues.

However, the economic issues are not helped by the fact that the Iranian regime is plundering the nation’s wealth on conflicts abroad, terrorism, proxy group and militias and extremism. Instead of boosting the country’s economy, the financial windfall from the Iran nuclear deal funded malign activities and lined the pockets of the corrupt leaders ruling the country.

The population of Iran is largely young and they are taking to the streets to make sure that their future is more hopeful and prosperous. The Iranian regime is trying to hamper the organisation of protests by restricting the use of internet applications, but the people are finding new ways to share information and plans.

The young people in Iran know that they are the next generation and are aware that change is needed. They know that the country is going nowhere with the current leadership and they are looking for support from the West.

During the 2009 uprising, former President Obama let the Iranian people down by staying silent. The current US President is not making the same mistake. He has already affirmed his support for the Iranian people and he has promised to provide help when the time is right.