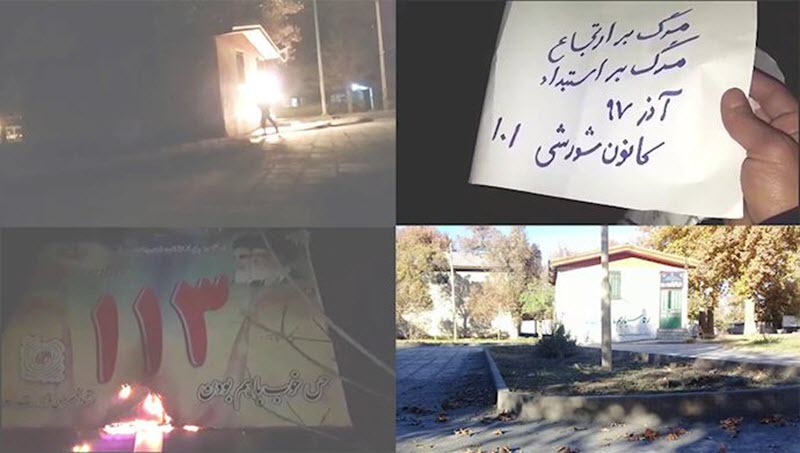 Iran regime’s leader, Ali Khamenei, recently discussed his concerns about the “enemy”. He believes that this “enemy” will attempt to deliver a severe blow to his government, and possible plots to overthrow the regime in 2019. Senior regime insiders have also expressed similar concerns, especially in Friday prayer sessions. Friday prayer imams are considered Khamenei’s representatives and have actual command over local affairs.

Last Friday, this became evident at the first Friday prayer session of the new Iranian calendar year after Nowruz. The Friday prayer imam of Urmia, Ali Akbar Ghoreishi, of northwest Iran, used the term “50 incidents” to describe measures that have sought to overthrow the regime during the past 40 years.

In the town of Bardaskan, northeast Iran, the Friday prayer imam, Reza Nouri, warned the regime’s forces, including anti-riot units, to “stand firm against the enemy; do not be afraid of the enemy and do not lose hope in the face of the enemy.” He also referred to the “toppling measures” taken by the Iranian opposition group People’s Mojahedin Organization of Iran (PMOI/MEK) and told the regime’s forces to stand firm. He called the PMOI/MEK “brakes” before the regime’s advances.

In Khorramshahr, southwest Iran, Mousavi-fard talked about the “enemy’s war room” that seeks to “inflict setbacks” while “unfortunately our administrative apparatus is completely off-guard”, as well as the the various methods available to “deliver blows” to the mullahs’ regime. Apparently officials are very worried about the internet and the anti-regime criteria posted on various websites, and social media platforms.

The Friday prayer imam of Ahvaz, southwest Iran, Mir-Ahmadreza Hajati, said that the enemy “is on the verge of attacking the state”, and is “deceiving the youth” to recruit them away from the regime and towards their objectives.

Ahmad Alamalhoda, in Mashhad, northeast Iran, referred to the cultural dilemmas that plague the regime. “The roots are found on the internet and social media platforms,” where the regime is criticized, and “the young generation, our innocent children, families” are being directed towards our enemies. He called these developments the “gravest catastrophe.”

When Khamenei met with members of the Assembly of Experts he made the following remarks, “Another issue is to maintain our redlines with the enemy to remain immune from their attacks… When our redlines are not defined properly, the enemy can infiltrate our ranks, they can deceive us and they can gain control over the internet.”

But, he refused to specifically name the enemy. However, Abasali Moghisi, the Friday prayer imam of Nahavand in western Iran, previously addressed this enemy and its activities on the internet specifically. “Today, the weapon that can destroy [the regime] is the keyboard and the internet, which are now at the control of PMOI/MEK members… If [Khamenei] says today’s priority is to focus on the internet it means we must be careful,” he said.

As a result of the people’s protests and uprisings, along with the activities the PMOI/MEK Resistance Units across the country, regime officials such as Friday prayer imams are raising their voices about the plots of the “enemy” that may cause the regime’s overthrow this new year.