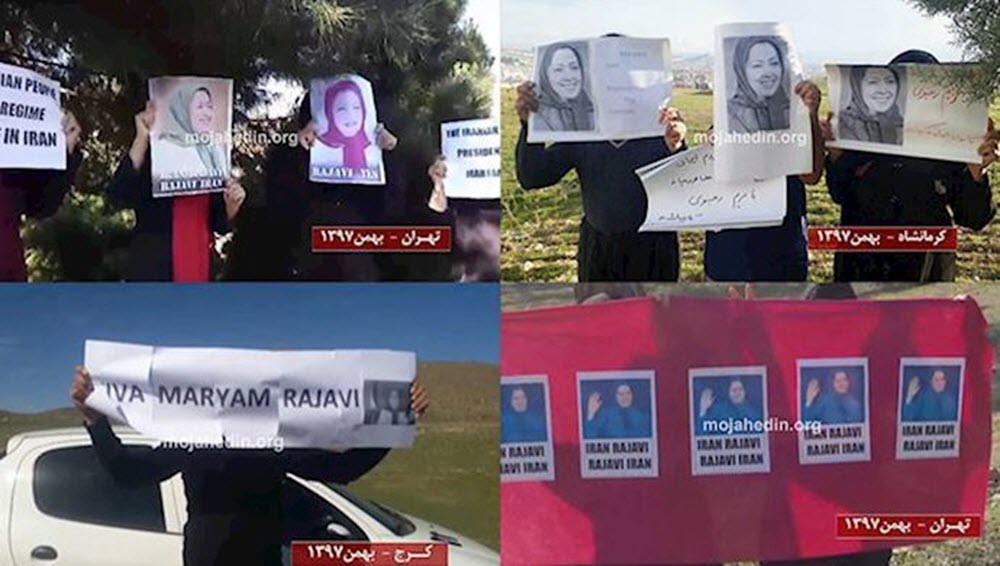 Members of Iranian Resistance Units have been documented this week expressing their contempt for the ruling mullahs and their support for the Resistance rally in Warsaw, which coincided with an international conference on peace in the Middle East that focused on Iran’s malign behaviour.

The Resistance Units are a large network of dissidents associated with the banned opposition group, the People’s Mojahedin Organization of Iran (PMOI/MEK).

They put up placards of Maryam Rajavi, President of the National Council of Resistance of Iran (NCRI) in Tehran and Tabriz, northwest Iran.

They put up Maryam Rajavi posters in Farsi-language in:

Also in Tehran, a group put up Maryam Rajavi posters and signs in English, while chanting their support for her with slogans like “Freedom and democracy with Maryam Rajavi”.

While posters of Maryam Rajavi, which included support for the Warsaw rally’s call for regime change in Iran, were put up in:

While English-language posters and signs of Maryam Rajavi were put up by resistance unit members chanting “Democracy, freedom, with Maryam Rajavi” and “Iran, Rajavi, Rajavi, Iran” in:

While in Isfahan, Zanjan, Yazd, Tehran, and parts of Khuzestan Province, members of resistance units expressed support for the Warsaw rally with signs in both Farsi and English, as they called for regime change and voiced support for Maryam Rajavi.

Resistance unit members put up posters and signs in support of Maryam Rajavi in:

The Warsaw conference on peace in the Middle East was a chance for more than 60 countries across Nother America, Europe, and the Middle East to come together and confront the Iranian Regime.

US Vice President Mike Pence said: “All of us must stand strong [to confront the Regime]. As Iran’s economy continues to plummet, as the people of Iran take to the streets, freedom-loving nations must stand together to hold the Iranian regime accountable for the evil and violence it’s inflicted on its people, on the region, and the wider world.”