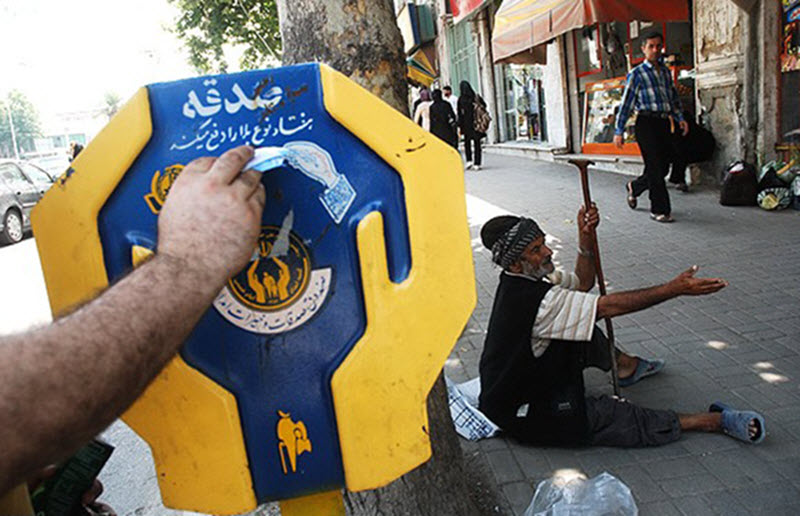 Inside or outside the country, the Iranian people do not wholeheartedly comply with their Sharia-influenced government. They also realize Tehran’s corruption. Iranians love their land but hate its laws. Iranians often engage in displays of defiance to push back against the system and show their desire for change. These acts of civil disobedience include micro-protests, like recent ones surrounding compulsory veiling or sharing critical content on social media.

Now, Iranians are protesting against the Imam Khomeini Relief Committee, a charity organization established after the 1979 Revolution, that continues to increase Iranian influence in the region — mainly through humanitarian services. However, because the committee exploits religion and profits off of feelings of insecurity, Komiteh-ye-Emdad’s integrity has been questioned, and it is believed to be corrupt. This has caused anger in the country and in the diaspora. Iranians have been shocked to learn where their generosity has been going.

The Ulema — the Muslim clergy — became the sole arbiters of the political order after the Islamic Republic in Iran was established. According to assistant professor of sociology at the University of Tehran, Ali Saeidi, integration of religion into politics in Iran has been inconsistent. Saeidi argues that the religious charities funded by assets seized from the ousted Shah and established in post-revolutionary Iran have evolved into private monopolies with no governmental regulation. Their practices go along with the agenda of their respective directors, and relieves the government of blame for potential corruption.

Sadaqah, or charity, is not thought of as an obligation. It is meant to be as a voluntary act of charity, beneficial for those in need, and purifying to a Muslim’s heart. Sadaqah contributions will continue as long as there are religious people with money to give, even though citizens have become increasingly distant from Islam. Through public preaching, televised Imams, advertisements, and donation boxes, the Ulema continue to push for Sadaqah contributions.

The donation boxes are strategically placed along main roads and outside business and covered with bright images of children and flowers. Most of the funds in the boxes come from Iran’s philanthropic citizens. However, one variety of donation box is a blue and yellow octagon of the Komiteh-ye-Emdad, which receives government funding and generated 1200 billion Tomans (381 million USD) in 2017.

It is noteworthy that the charity and its assets are under the jurisdiction of Iran’s Supreme Leader, Ali Khamenei. Initially, its goal was to compensate the families of “martyrs” after the revolution, and to aid political prisoners. The organization’s stated mission is “to alleviate poverty and improve the self-sufficiency of needy people.” Still, the Relief Committee has been criticized in the past for dissuading its recipients from becoming involved in political matters, especially anti-government unrest during the 2009 election. Additionally, the Committee has directed how people should vote during presidential elections, which helped President Mahmoud Ahmadinejad achieve a second term.

Another criticism of Komiteh-ye-Emdad is that it does not seem to have reached those who are most in need of its help. While there have been no official public statistics on the number of people below the poverty line in Iran since 2007, Parviz Fattah, Komiteh-ye-Emdad’s President, recently claimed the number was 11 million. Fattah claimed the number of applicants seeking assistance from the Imam Khomeini Relief Committee has gone up nearly 50 percent. Numbers like this are hard to gauge in a country like Iran, as there are no official census or polling systems in place, and independent surveying organizations are regularly shut down. The prominent economist Hossein Raghfar has estimated that 33 percent of Iran’s population, nearly 26 million people, are suffering from absolute poverty.

A controversy began this year with a video showing Iftar meals being distributed in the Gaza Strip under a banner featuring Komiteh-ye-Emdad’s emblem. The Relief Foundation distributed daily meals to 300,000 people in Gaza during Ramadan. Words of gratitude were expressed from Palestinian recipients toward Iran. “I appreciate this warm meal from our Iranian brothers” one man said, “I can’t thank Iran enough for the continuous and generous support for the Palestinian people.”

Many Iranians are resentful over what they see as a soft-power move in Iran’s proxy war with Israel. Instead of feeding the hungry and poor in Iran, donations are being used to help non-Iranians. During economically-fueled demonstrations this past June, protestors not only chanted, “Death to Palestine,” and “No to Gaza, No to Lebanon, I Give My Life for Iran”.

Regarding the money spent in Gaza, on his Instagram account, Parviz Fattah said that it came from donations given by Gazans themselves. He added that in Iran, there are, in fact, two kinds of charity boxes, one for the country’s poor and one for Palestine. Fattah has no proof for such claims, but the funds are themselves are proof of part of broader funding efforts aimed at non-Iranian populations, including hundreds of thousands of people in Afghanistan, Azerbaijan, Lebanon, Tajikistan, Iraq, Syria, Somalia, Pakistan, Bosnia and Herzegovina, Kosovo, and Chechnya.

The BBC reports that the Committee is active in Lebanon. In fact, the Secretary General of Hezbollah, Hassan Nasrallah, has openly acknowledged the Imam Khomeini Relief Committee’s branch in South Lebanon as part of Hezbollah. In a 2016 speech, Nasrallah said that “The budgets for food, arms, and missiles of Hezbollah are all supplied by the Islamic Republic of Iran. As long as Iran has money, we have money.” Between $60 million to $1 billion a year is estimated to be Iran’s funding for the Lebanese group. Syria is another base for the Relief Committee. According to the Committee itself, in 2006, it spent roughly $957,000 in Syria.

In June, videos of Iranians smashing, burning, and taking money out of donation boxes began to circulate. Rumor has contributions to the foundation at an all-time low, and the population’s frustrations at an all-time high.