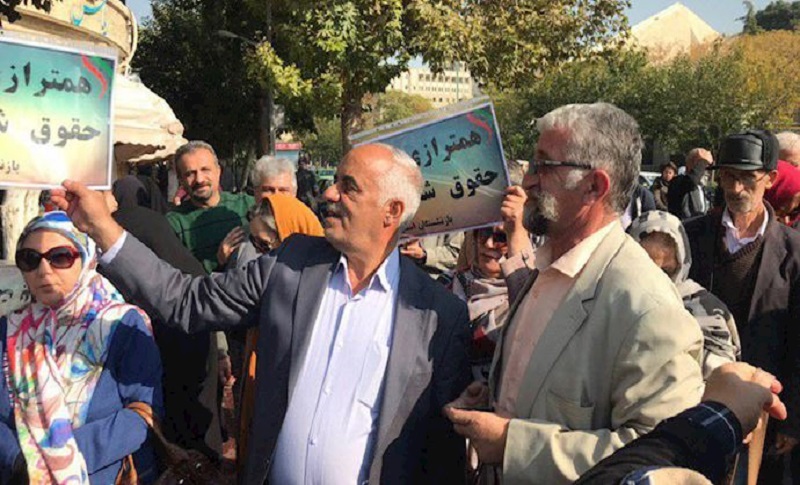 The Caspian credit firm has been accused of plundering the life savings of many Iranians. The firm has links to the notorious Islamic Revolutionary Guard Corps (IRGC) that controls a major part of the country’s economy.

On Tuesday 12th November, a number of Iranians held a protest in front of the parliament building in the country’s capital to voice their anger at the loss of their money. The protesters included clients of the credit firm as well as retired workers.

This is not the first time Iranians have held a protest regarding this issue. Back in September, a group of Iranians gathered outside the judiciary department, calling on authorities to take action to return their investments that the state plundered.

The IRGC owns the Caspian credit firm and it is just one of several state-managed institutions that has taken private funds. The embezzlement cases over the past few years have seen billions upon billions of dollars embezzled from ordinary people.

The people were promised quick returns from their investments, with many people entrusting their life savings to these state-run credit firms. However, the quick returns never materialised and it became clear that the money had gone when the firms went out of business.

During the summer, clients of the Caspian credit firm gathered in front of the Central Bank. They denounced the government’s shameful negligence and called it out for making false promises.

During the protest earlier this week, the regime sent oppressive agents including anti-riot police to keep the gathering under control. This is a tactic that the regime often resorts to – an attempt to silence the people, despite the fact that it is guaranteed to fail. Not only do the people of Iran resist the regime’s brutality and suppression, any such attempts are met with greater determination and resolve on the part of the people.

The Iranian regime has plundered the people’s money via a long list of financial institutions, most of which are either owned or run by the state. The people have been calling for the return of their precious savings at a time when people are facing increased financial difficulties. The regime always fails to meet their demands.

As well as plundering the personal funds of the people, the Iranian regime has been plundering the country’s natural resources. Iran is one of the richest countries in the world in terms of natural resources, but this has not stopped the people plunging further and further into poverty. This is because the regime has prioritised the export of terrorism and fundamentalism and has spent huge sums on warmongering and establishing proxy groups and militias across the world.