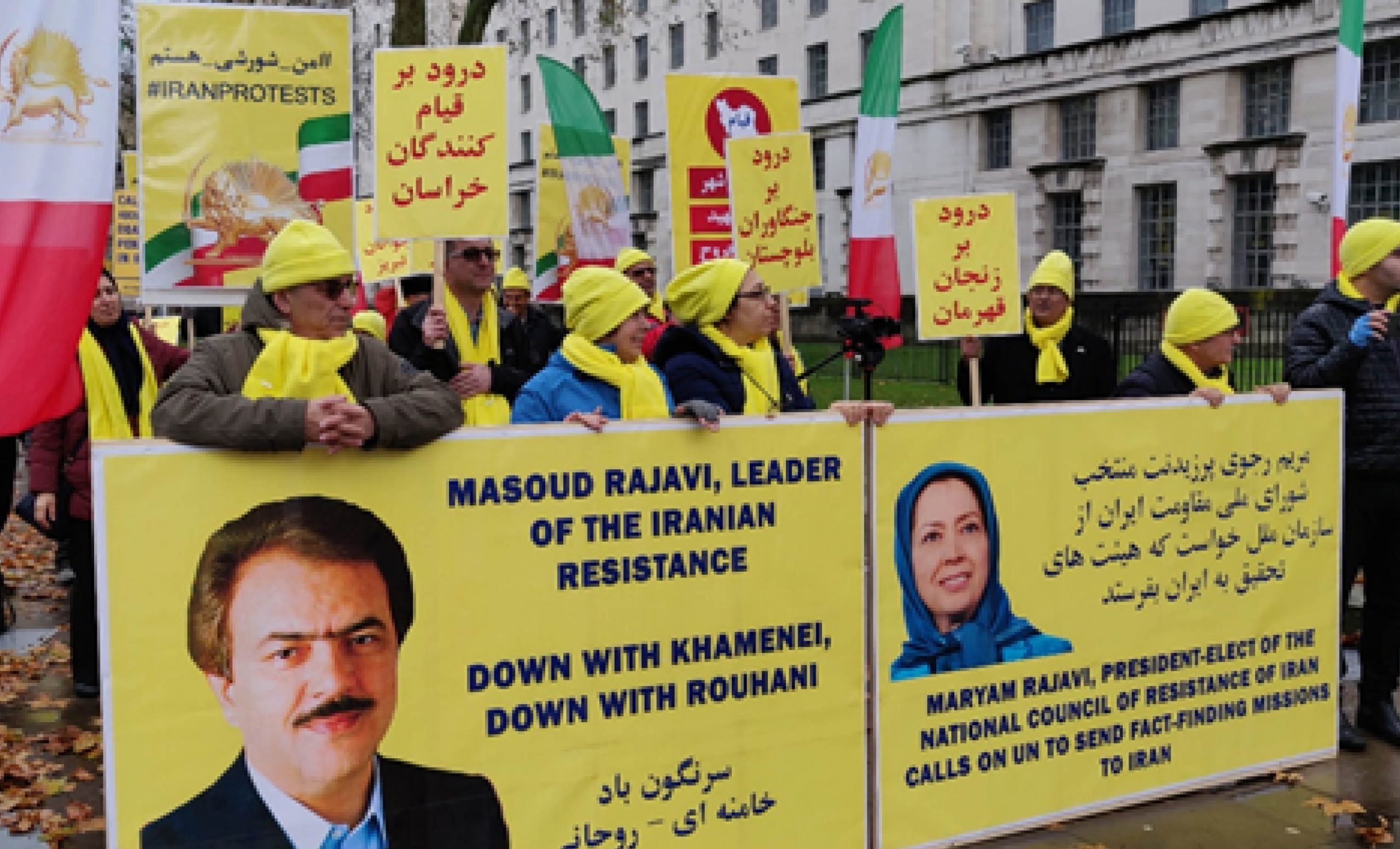 Supporters of the National Council of Resistance of Iran (NCRI) held a rally in London in support of the Iran Protests.

The Anglo-Iranian Communities in the UK rallied opposite Number 10 Downing Street on Friday, December 6 in support of the ongoing protests in Iran. The Iranians honored the martyrs of the Protests as the death toll raised to 1000.

Malcolm Fowler President of the Birmingham Law Society, told the rally, “I support your call on the UN Secretary-general to convene an emergency meeting at the UN Security Council to hold the regime and its leaders to account for their crimes against humanity.” Malcolm Fowler added, “I support your cause for freedom and democracy and stand with the brave people of Iran in their struggle for legitimate change and to bring this appealing regime to justice for its atrocities including for the 1988 massacre.”

“I support the call by NCRI president-elect Maryam Rajavi on the UN to send a fact-finding mission without delay to investigate the extent of the killings and visit detention centers in Iran”, Fowler continued.

Maryam Rajavi the President-elect of the NCRI said “The mullahs have seen themselves on the brink of collapse. They want to evade this fate by committing crimes.”

Mrs. Rajavi added that “The clerical regime in Iran is making every effort under various pretexts to conceal the true death toll. The UN must send a fact-finding mission without delay to investigate the deaths, the injured and those arrested and detained”.

According to the People’s Mojahedin Organization of Iran (PMOI/MEK) network inside Iran, the number of martyrs in the protests that spread to 189 cities exceeds 1,000. The MEK has released the names of 320 so far, including 19 names on Thursday, December 5, 2019.

The Anglo-Iranian demonstrators backed the call by Maryam Rajavi, on the international community to condemn the clerical regime’s brutal crackdown on the anti-regime protests and to act to hold its leaders to account for their atrocities and repression.

The Anglo-Iranian Community urged the UK Government to work with allies at the UN and the EU to implement the following:

– condemn the horrendous mass killing by the Iranian regime and to take urgent action to stop this crime against humanity and secure the release all those arrested;

– ask the UN Secretary-General and relevant UN bodies to send a fact-finding mission without delay to investigate the extent of the killings and visit detention centers in Iran;

– ask the UN Security Council and its president to declare the massacre of the Iranian people by the regime as a crime against humanity, and to bring the heads of this regime and those responsible for this horrific crime to justice including the Supreme Leader, Khamenei, regime’s president Hassan Rouhani, and other senior regime officials.