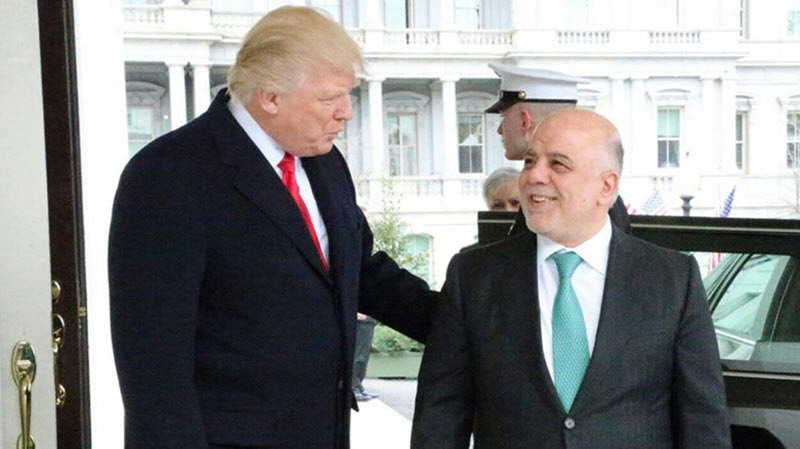 The Iranian Regime’s anger towards Iraqi Prime Minister Haidar al-Abadi has made Abadi somewhat of a patriot and has linked his political future to the extent of Iranian influence in Iraq.

In Iraq, there is a rather negative view of Abadi because he belongs to the Islamic Dawa Party, which is seen as a Shiite version of the Muslim Brotherhood. However, since he bravely announced that Iraq is committed to implementing the US sanctions against Iran, he is being seen as the hero who protected Iraq, rather than kowtowing to the mullahs.

Abadi did express reservations about the sanctions previously, has firmly placed himself in the position of protecting Iraq from US sanctions. This can be seen as an expression of the Iraqi desire to resist, especially given Abadi’s explanation for his actions; “to not subject the Iraqis to harm and protect our people.”

The Iranian Regime refused to receive Abadi in protest at his actions, even accusing Iraq of being involved in some grand conspiracy with the US. This is a normal response for Iran. However, Iran may be planning to confront Abadi by creating a government of militias within the Iraqi parliament, as it has done in Lebanon, who will rule according to Iran’s wishes. But this will not be welcomed by the Iraqi people, who overwhelming voted against the Iran-backed candidate in the May elections.

So the question is, will the US support Abadi, despite his party affiliation, in order to defeat Iran.

Khairallah Khairallah, the former managing editor of Al-Hayat, wrote: “In the next few months, America will be preoccupied with Iran which will as much as possible delay its decision to engage in a dialogue with Washington without preconditions.

Iran will in the next few weeks work on testing the extent of seriousness of Trump and his team, primarily of Secretary of State Mike Pompeo and National Security Advisor John Bolton. Iran will seek to make the American administration understand that it has plenty of cards in the region, especially in Iraq where there are sectarian militias affiliated with it and which operate under the name of the Popular Mobilization.”

So it seems certain that Abadi is in an unenviable position at the moment, unless the US decides to stand by it and oppose the Iranian Regime’s belief that Iraq is just a province of Iran. This will show the mullahs that the relation between the US and Iraq does not necessarily pass through Iran.