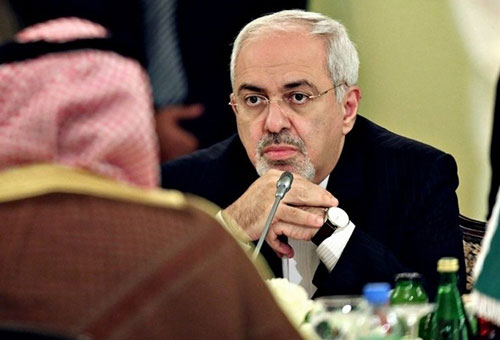 Last June, tensions between Qatar and the Gulf states came to a head because of its relationship with Iran. The Gulf States including Saudi Arabia imposed a boycott of Qatar resulting in sea, land and air routes being cut off. Qatar refused to bow to pressure from its Gulf neighbours, instead fully restoring diplomatic relations with Iran.

The dispute is evolving now and the Saudi-led Gulf States are calling the Iranian regime out for its reaction to the recent protests that spread across the country. Qatar, on the other hand, is supporting the Iranian regime.
Relations between Iran and Saudi Arabia have been shaky for the past few years. Saudi Arabia has been very outspoken about the malign Iranian influence across the whole region.

Once again, Saudi Arabia is taking the opportunity to slam the Iranian regime for its treatment of the people. Recently in Asharq al-Awsat, a Saudi-owned newspaper, a prominent figure in the kingdom’s media and a close ally of the royal family, said that the people of Iran have a “genuine hatred” for the Iranian regime.

A journalist for the Bahraini daily Akhbar Al-Khalij said that the Iranian regime is facing a big threat from the people who are deeply unhappy with the economic situation and the regime’s mismanagement of it.

Journalist Al-Sayyed Zahra said that Qatar may decide that taking Iran’s side is a bad idea after the recent uprisings.
However, it seems like Qatar is not interested in returning to the Gulf Cooperation Council (GCC) fold.
Its media has aired statements made by Iran’s Supreme Leader and made a big point of airing the pro-government rallies that were set up by the Iranian government. The Qatari coverage is one-sided and shows how things have changed in the past few years.

During the 2009 protests in Iran and the 2011 Arab uprisings in Egypt and Tunisia, the Qatari media was an advocate of the people and many people in the West relied on its balanced media to hear the latest news.

President Trump, like Saudi Arabia, is a harsh critic of the Iranian regime and has expressed his support for the people of Iran. He warned the regime that the world is watching and criticised the corruption it is responsible for.

Some Saudi news outlets have been equally as critical. One newspaper said at the beginning of January that the protests in Iran may spell the end of “the suffering of the people who were burned by the flames of the mullahs’ regime through its proxies in Lebanon and Yemen”.

The United Arab Emirates suggested that the Iranian regime should put the needs of the people before its “adventures in the Arab region”.
The Iranian regime is facing pressure from all directions, but it is the pressure that it is feeling at home that will be the cause of its downfall. The people of Iran are so discontent with their criminal ruleres and they are determined to make their future brighter. They know that the only hope of change is via regime change.