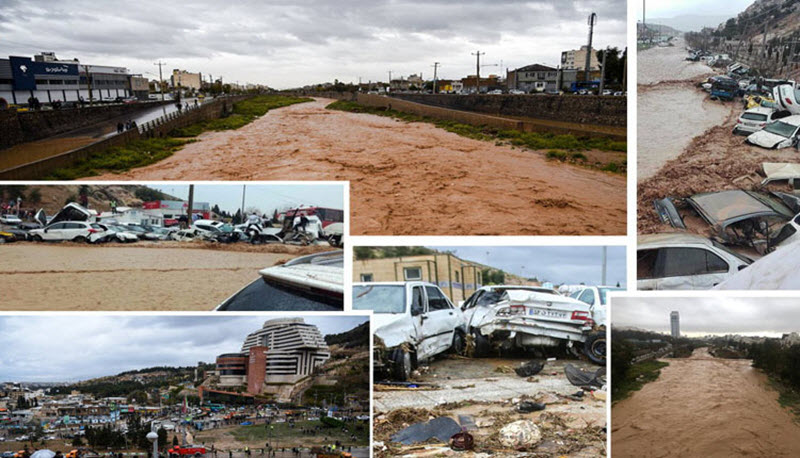 According to activists in Iranian opposition groups, the Islamic Revolutionary Guard Corps (IRGC) has opened fire on protesters attempting to save their property from further flood damage.

In a predawn confrontation on Wednesday in Khuzestan province, activists report that Iranian Arab residents of the area, a minority also known as Ahwazis, were trying to stop the IRGC from diverting floodwaters onto their farmland. One protester was killed by the IRGC.

The Guards wanted to divert the floodwaters away from the IRCG-controlled oil installations in the neighboring town of Susangerd, said the opposition group, the Iran National Council for Free Elections, in an Instagram post. They reported that one protester was killed and several were wounded by IRGC fire.

London-based Ahwazi activist Karim Dahimi identified the dead protester as Aboud Jalizi. The Washington-based rights group Abdorrahman Boroumand Center shared Dahimi’s reports about Jalizi on its Twitter feed, and said that it considered Dahimi to be a reliable source. Iranian media, however, has not confirmed the protester’s death.

The Iranian people have already experienced the county’s worst floods in 10 years, and are furious over the government’s inadequate relief response. For weeks, floods have swept through towns and villages in 26 of Iran’s 31 provinces, killing at least 62 people. Thousands have been left out in the open with little food or warm clothes, and the rains have continued. Now the government and the IRCG have decided to release water from major dams and destroy more homes, farmland, and livestock.

Ahmad Khadem Sayyid al-Shohada, an Iranian army commander who is coordinating relief efforts along the Karun River in Khuzestan Province said, “Young protesters in the region were nervous and emotional, but we will carry on with relief work and saving people’s lives regardless of their anger.” He added, “In some areas we need to remove barriers in order to allow flood water to run downstream although this measure may cause damages in the farmlands.” But, many farmers are opposed to leaving their farmlands at any cost.

Iran’s state-run Fars news agency reported that authorities tried to persuade the villagers to evacuate their homes and allow the destruction of the dyke in return for compensation. It also said the dyke was removed later in the day.

On Wednesday night, Majles Speaker Ali Larijani promised, “Do not worry about compensations.” As well, Iran’s Supreme Leader Ayatollah Ali Khamenei said “Damages made to houses and farmlands should, and will be compensated.”

Still, damages sustained in previous natural disasters, like the earthquake-hit areas in Western Iran where people are still living in tents a year later, have not been compensated.

In Khuzestan, a state of emergency has been declared, and evacuations from dozens of villages have been ordered ahead of releasing water from a large dam in the region. On April 3rd, Iran’s state-run IRNA news agency reported that locals resisted, and that “emotional” farmers already hit by floods “showed their objections.”

A report published on Thursday by Fars cited Iranian emergency services spokesman Mojtaba Khalidi as saying the death toll from a series of flash floods has risen to 70, with hundreds of people injured.