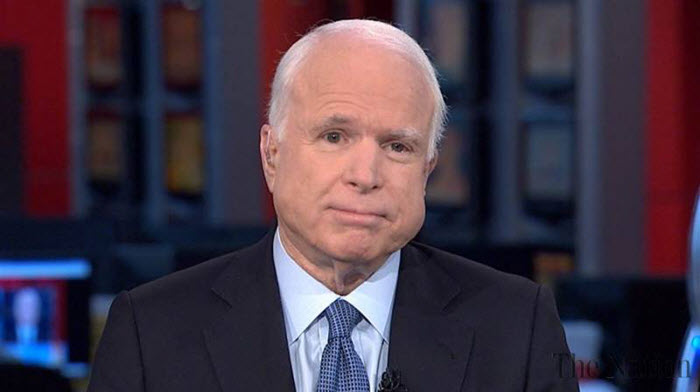 The Chairman of the U.S. Senate Armed Services Committee John McCain’s remarks in his video message to the “Free Iran” conference in Paris last weekend were featured in the Washington Times.

McCain said, “As you boldly call for democracy and human rights in Iran, the American people stand with you in your fight against violence, oppression and terrorism in Iran. Your display of unity is an inspiration to our nation and its people, who like you, sacrificed blood and treasure in pursuit of freedom.”

He faulted the nuclear agreement for its failure to temper Iran’s behavior regarding human rights conditions in Iran. Instead, according to McCain, “this dangerous agreement has empowered Iran to be more aggressive in its malign activities and hegemonic ambitions in the region, all while receiving tens of billions of dollars in sanctions relief….”

McCain believes that more should be done to counter the threat posed by Iran’s actions. “We must resolve to stop the spread of radical terrorism and we must stand united with our friends at this dangerous hour.” he concluded.