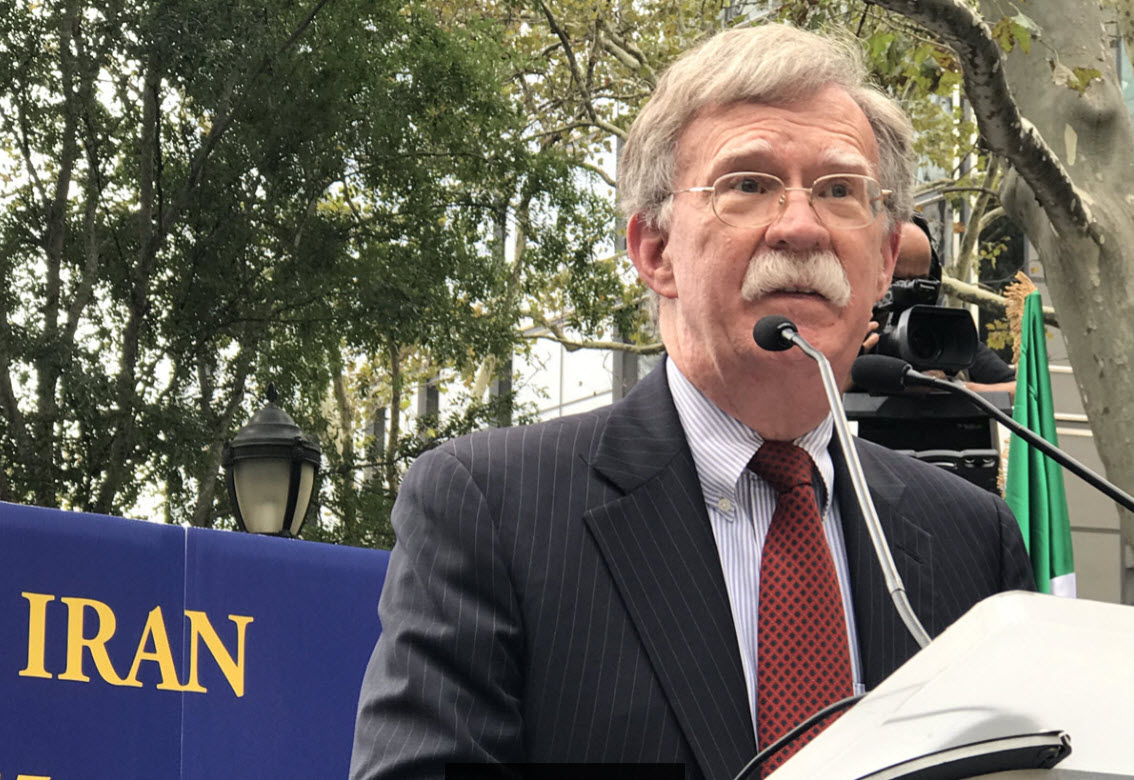 American political leaders joined activists, Iranian ex-pats, members of the opposition and their supports to push for the withdrawal of the United States from the Iran nuclear agreement.

John Bolton, former ambassador to the United Nations and Trump campaign adviser, praised President Trump’s UN speech calling it “the best speech of his presidency”, while calling for the United States to leave this “disastrous [Iran] agreement”.

In a speech at the rally, Bolton said, “I think it’s very important that the United States declare as its official policy that the regime in Iran needs to change. I think the world needs to hear this with clarity.”

Bolton also discussed the cooperation between Iran and North Korea. “The fact is the cooperation between the regime in Tehran and Pyongyang has been close for many, many years and whatever accomplishments North Korea makes in the nuclear and ballistic missile fields, the Ayatollahs can have the next day by writing a check that’s large enough,” he said. “That’s where the real threat comes from, and that’s what I think the world needs to understand. These are not two separate problems here, the North Korean problem and the problem of the Ayatollah’s regime. They are basically the same problem. The axis of evil is not a metaphor, it’s a reality.”

The former Chair of the Senate Homeland Security Committee, Joe Lieberman, called for “decertification” of the agreement. “I think decertification, it’s a good idea and I think the main point is that Iran – contrary to the hopes of the Obama administration – has not changed their behavior overall,” Lieberman said. “They have complied with some details of the agreement but, they have not given inspectors access to military sites, and we don’t know what they are doing there.”

Congressman Eliot Engel of New York who serves on the House Foreign Affairs Committee, called for the review of Iran’s commitment ahead of a declassification, saying, “What would be better than decertification is to make sure Iran lives up to the agreement, which Iran isn’t doing, with its ballistic missile program and its support for terrorism.”

Regarding Trump’s statement that he has made up his mind about the agreement, but has yet to announce it, Engel said, “I think the Trump administration needs to examine what the Iranian regime has abided by in the agreement. I don’t want to create further instability in the Middle East, and I think we need to be careful.”

Expressing his concern over Iran’s development of ballistic missiles and its support for regional terrorist groups, Engel said, “We have to work with regional allies like Saudi Arabia which is an important country when it comes to countering Iran and the Iranian regime’s influence in the region. I’m concerned about Iran’s destabilization of Syria and Lebanon and threats to Israel, and we can’t let them threaten the whole region.”