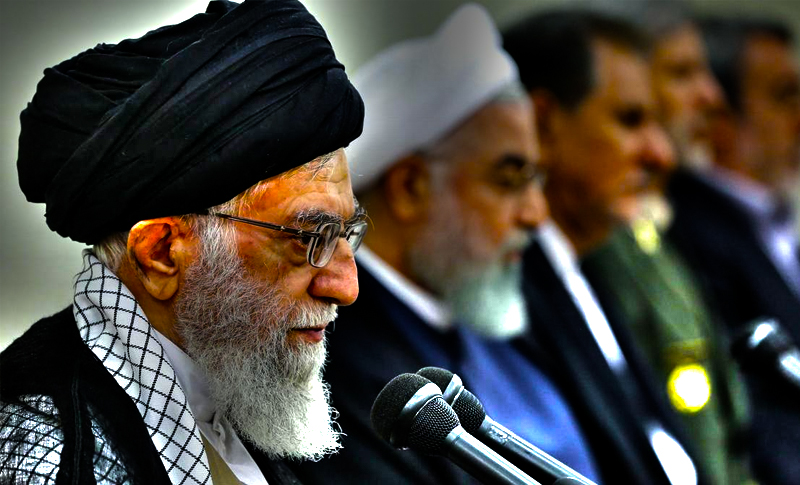 On December 31, the Iranian regime ordered its Iraqi proxies to attack the US Embassy in Baghdad and Donald Trump rightly held them to account for their “malign” behaviour domestically and internationally. However, Iran is still one of the biggest challenges for the international community as we enter 2020.

In November, an uprising over the cost of fuel swept Iran and the regime’s response was a violent crackdown on peaceful demonstrations, killing at least 1,500 people, wounding 4,000, and arresting over 12,000. This prompted condemnations from Amnesty International and other supporters of human rights, but the world as a whole is not holding the regime accountable for its crimes against humanity.

There are numerous harrowing reports, including the Islamic Revolutionary Guard Corps (IRGC) surrounding unarmed protesters who fled into a nearby marsh and firing on them with truck-mounted machine guns, killing 100 in Mahshahr. Another report contained video of IRGC agents firing into crowds from the roofs of government buildings and shooting fleeing protesters in the back; with UN human rights chief Michelle Bachelet saying that the forces were unmistakably “shooting to kill”.

Ambassador Ken Blackwell wrote: “Suppression is now virtually the only factor forestalling the mullahs’ overthrow. Regardless of whether Western policymakers think it is worthwhile to put pressure on Tehran or support the change of this regime by the Iranian people, there should be no question about their responsibility to halt a massacre if they are able to do so. When it comes to defending the Iranian protesters and defending them against the ayatollahs’ brutality, Europe should stand shoulder to shoulder with the US.”

He continued: “Some governments may think they have dodged this responsibility simply by waiting out the unrest. They must be reminded that both the protests and the regime’s crackdowns are far from over. And even if the nationwide uprising were brought to heel, it wouldn’t mean that the participants in that uprising were suddenly safe. Iran’s jails are already over capacity, and the regime has threatened to execute those deemed responsible for the unrest. It’s a safe bet that as soon as the world’s attention is focused elsewhere, Tehran will make good on that promise.”