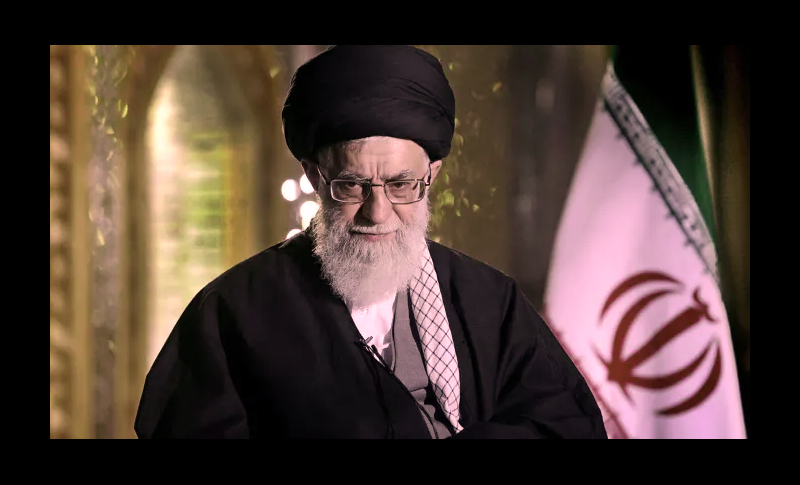 Iranian regime’s  Supreme Leader Ali Khamenei lamented yesterday the death of notorious terrorist Qassem Soleimani, in a particularly fawning speech where he called the murderer of hundreds of thousands of civilians “brave”. This acknowledged that Soleimani was the regime’s second-in-command and that this had dealt a major blow to the regime.

Further on in his speech, Khamenei showed his fear over the role played by the Mujahedin-e Khalq (PMOI/MEK) and Resistance units during the recent nationwide protest in Iran, by speaking about a visit by President Barack Obama’s first National Security Council Advisor and the former Supreme Allied Commander in Europe, General James L. Jones to the MEK headquarters in Albania.

Khamenei said: “Several days before the uprising, in a small and sinister country in Europe an American and a number of Iranians drew up plans, which we saw in the gasoline incident. As soon as (protesting) people came to the scene, the enemy’s operatives began. Demolishing, torching, murder, destroy, and foment war. This was a renewal of the work they had carried out before. And they continue to do these and they will do whatever they can.”

This, of course, is nonsense.

General Jones visited the MEK in November, met with Maryam Rajavi, the President-elect of the National Council of Resistance of Iran (NCRI), and toured the museum that documents the 120 years of struggle for freedom in Iran. He did not plan the Iranian uprising. How could he? He didn’t know that the Iranian regime would triple fuel prices and incur the wrath of the already impoverished Iranian people.

General Jones did, however, give a speech to the MEK, where he said that he felt like Iran would soon be free.

He said: “I have a feeling I am looking at the future of Iran. A free Iran, an Iran that will soon be enjoying the benefit of democracy and freedom under the leadership of Mrs Rajavi and all of the assembled organizations that make up the NCRI today. This is the future that we are looking at. And this future will come, I hope, very, very quickly…. [The people of Iran] deserve a new government. And the seeds of that freedom are right here, the future is right here…. We will try to do everything we can to bring about the downfall of this regime in the shortest time possible so that we can enjoy the sunshine of freedom, democracy and hope for a better life for all of the people of Iran.”

Ali Khamenei cannot confront the U.S. but finds an open hand in targeting and firing at the people of Iran on the ground and in air. Instead of the U.S., Khamenei took revenge from the people of #Iran, and now, it is making threats against the PMOI/MEK in Albania

And, because the regime has not learnt from their mistakes, Ali Larijani, former IRGC commander and the current speaker of the Iranian parliament, announced a 200 million Euro budget supplement to the terrorist Qods Force for the next two months, taken from the country’s “National Development Fund”.

This money, supposed to be used to invest in Iran’s future, will fund war, terrorism, and suppression of the Iranian people. It doesn’t take a psychic to predict that the Iranian people will rise up again at this.