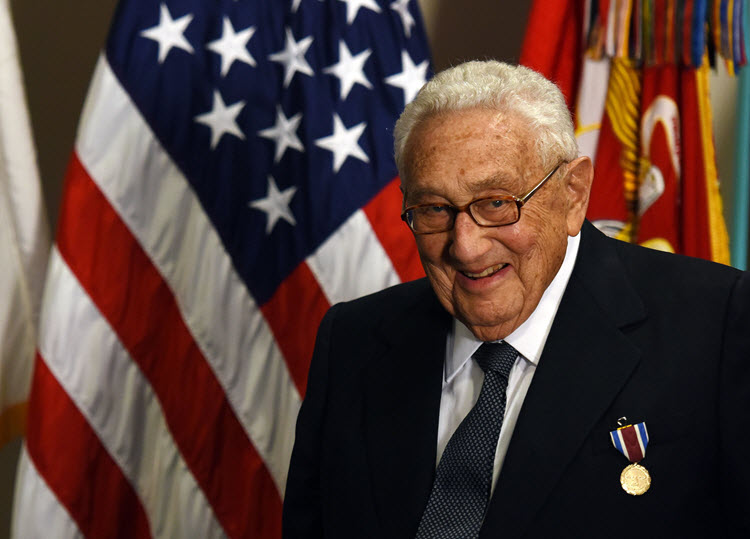 Henry Kissinger, the former US Secretary of State under Richard Nixon, has warned the Trump administration against allowing the Iranian Regime to take control of lands liberated from the so-called Islamic State.

He explained that there must be a consensus about which government is responsible for the liberated lands, in order to avoid a power vacuum when the US eventually pulls out of the Middle East again.

He wrote: “Most non-ISIS powers—including Shia Iran and the leading Sunni states—agree on the need to destroy it. But which entity is supposed to inherit its territory? A coalition of Sunnis? Or a sphere of influence dominated by Iran?  The answer is elusive because Russia and the Nato countries support opposing factions. If the ISIS territory is occupied by Iran’s Revolutionary Guards or Shia forces trained and directed by it, the result could be a territorial belt reaching from Tehran to Beirut, which could mark the emergence of an Iranian radical empire.”

The fear is that Iraq and Syria are already so embedded with the Iranian Regime that they may allow the Regime to take over the land in order to keep the mullahs on their side.

The Iranian Regime’s Revolutionary Guards have been advising the Iraq Government and supporting the Shiite militias, known as the Popular Mobilization Forces in order to evict ISIS from Mosul, and with Russian and Syrian to force ISIS out of Raqqa.

While the US is providing to special forces on the ground and a coalition of air forces bombing the jihadi group from above in both countries.

If the Iranian Regime gains control of these lands, they will have more power to move troops, money and weapons towards the terrorist groups that they support like Hezbollah.