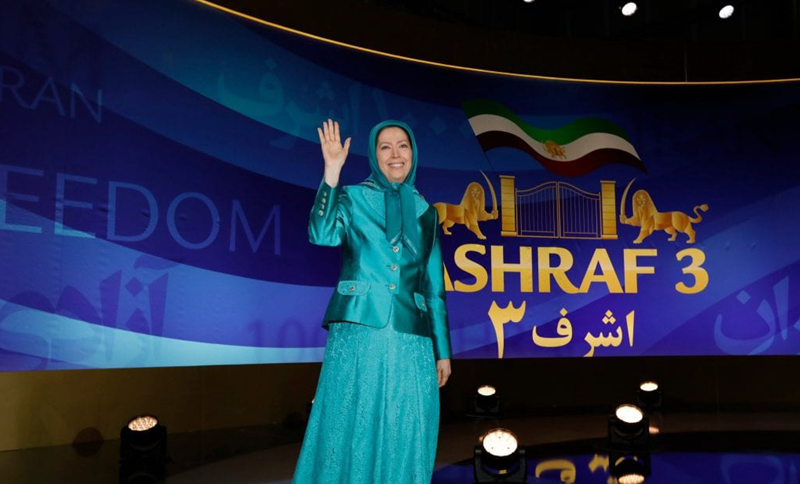 The Washington Times has published a Special Report on the Free Iran gathering that took place in Ashraf 3 in Albania earlier this month. The publication showcased the wide range of speeches and messages of support from politicians, Members of Parliament, distinguished speakers, dignitaries and human rights figures from around the world.

The event was overwhelming positive with many messages of support for the People’s Mojahedin Organization of Iran (PMOI / MEK) and for the National Council of Resistance of Iran (NCRI). However, the many thousands of martyrs that were killed by the regime over the years were not forgotten and an exhibition was set up giving a small snapshot of the sacrifices that have been made.

The majority of the political figures said that they would return to their countries and pressure their respective governments into taking tougher action faced with the Iranian regime’s belligerence across the region.

The speakers also voiced their support for the people of Iran and their representative Mrs. Maryam Rajavi – the President-elect of the NCRI.

During her keynote speech, Mrs. Rajavi called on the Resistance to keep up momentum and to keep their determination that has got the movement so far. She emphasised that regime collapse is very close and that there is no doubt that the mullahs will fall soon.

Mrs. Rajavi also reminded the international community that the regime is malign to its core and that reform is not possible. “For the people of Iran, the 40 years of the mullahs’ rule is synonymous with an all-out massacre — from several hundred executions every night in the notorious Evin Prison and the massacre of political prisoners during the first decade of the regime’s rule, to the massacre of the economy and production, environment, culture and art, and the Iranian civilization.”

She emphasised that the regime is responsible for crises at home and on an international level. It has destroyed the Iranian economy through years of corruption and mismanagement and it has sparked and fuelled wars across the region.

“Regime is counting on inaction by the world.” The leader of the Resistance movement called on foreign governments to take decisive action against the regime’s malign and criminal acts. Mrs. Rajavi called on all governments to end their policies of appeasement towards Iran and to hold the regime accountable. Appeasement is to support the regime in its belligerence.

She said that those who think pushing back against the regime is equivalent to warmongering are wrong. “The spin doctors of the clerical regime used to claim that if the mullahs were to be overthrown, Iran would experience war, turmoil and secessions. Now, everyone can see that so long as this regime remains in place, war and crises will continue and intensify in the region. Therefore, anyone who seeks freedom for Iran, anyone who wants to save Iran from destruction and chaos, anyone who wants global and regional peace and stability, must rise up to demand the overthrow of the mullahs’ regime.”