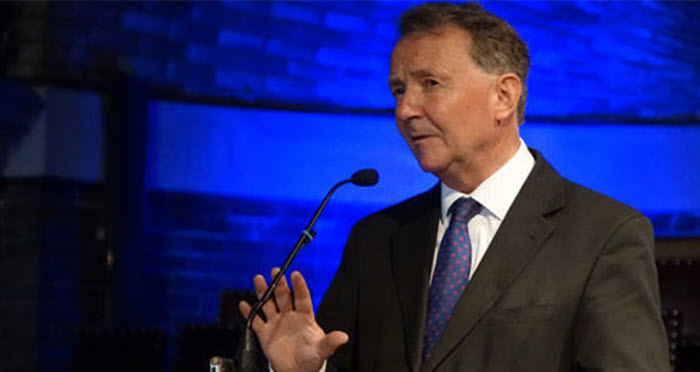 Professor Lord Alton of Liverpool, a cross-bench member of the House of Lords and member of the British Parliamentary Committee for Iran Freedom, wrote an article for Independent Catholic News discussing religion and the Iranian regime.

The plight of religious minorities in Iran, especially the Christian community, is something that Lord Alton has been concerned about for many years. He and his colleagues in the Parliament have highlighted difficulties that Baha’is face in Iran. Many have been killed, executed, tortured or imprisoned, and many more have lost jobs, access to education, and other rights. Just because of their religious beliefs.

Christians, he said, are “prevented from openly exercising their belief or promoting their religion”. Any efforts to do so are deemed “illegal”, an act that undermines the security of the country and propaganda. Christians are thus harassed and intimidated by various parts of the regime’s forces.

The regime completely disregards Article 18 of the 1948 Universal Declaration of Human Rights which insists on freedom of religion or belief – the right to believe, not to believe, or to change your beliefs. This has led to Iran being one of the world’s most inhospitable countries for Christians.

He highlighted the case of Christian prisoner, Maryam Naghash Zargaran who is being held in Tehran’s Evin Prison for “acting against national security”. An Iranian court denied unconditional release by the request of the Iranian Ministry of Intelligence (MOIS). Her case is an example of what is happening in Iran “while the world chooses to look away,” he said.

In July Maryam started a hunger strike which is of course a very worrying time for her friends and family. She now has very low blood pressure and has pain and numbness in her feet.

Her colleague, Saeed Abedini, an Iranian American Christian pastor, was detained while building an orphanage in Iran and was sent to jail in 2012 for setting up home churches. Following his release in June, he attended the “Free Iran” rally organised by the National Council of Resistance of Iran (NCRI) on 9th July in Paris.

There, he spoke about the torture that he went through in prison. Prison guards told him that he would not leave prison alive, he was put into solitary confinement for refusing to make false confessions and he saw other prisoners being taken to be hanged.

He said that his presence at the “Free Iran” rally is proof that “each act of resistance will be a victory for freedom”. He also took the opportunity to thank Mrs Maryam Rajavi, the NCRI President-elect Maryam Rajavi for her unwavering support of the religious minorities in Iran, including the Christian community.

Before the event, dozens of British and American church leaders released a joint statement highlighting their concern for the regime’s mistreatment of Christians. “Repression of Christians has not only continued but intensified during the presidency of Hassan Rouhani. (…) In such circumstances, we call on all Western countries to consider the deplorable situation of human rights in Iran, particularly the painful situation of Christians and the intensification of their oppression, in navigating their relations with Iran.”

Lord Alton said that Mrs Rajavi’s 10-point plan for a future Iran “envisions an end to the discrimination of the country’s religious and ethnic minorities”.

He added: “A country’s greatness can be measured by the way it treats its minorities, upholds diversity and cherishes plurality. In place of a toxic theocratic ideology which spawns hatred and which murders, imprisons, tortures, and oppresses those who dissent, a free and democratic Iran can be a beacon to the rest of the world.”