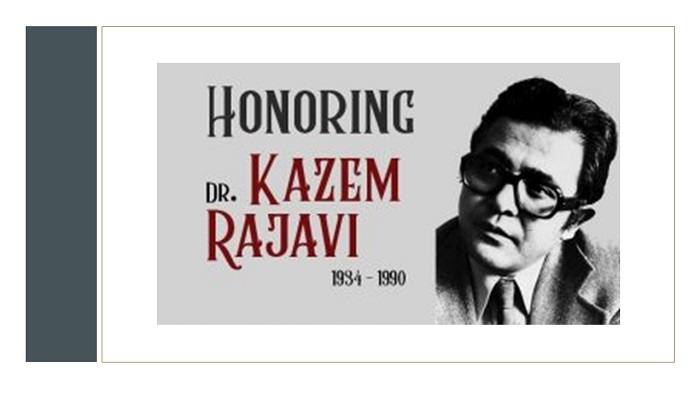 Ms. Maryam Rajavi, president-elect of the National Council of Resistance of Iran, welcomed the blacklisting of the chief of Evin Prison and the refusal of visas to the 13 murderers of Dr. Kazem Rajavi by the Secretary of the US State Department. She considered it a further indispensable step towards the fight against terrorism and also in favor of the security of European countries and stated that it must be completed with the warrant for the arrest, trial, and conviction of the leaders of the Iranian regime and the perpetrators of the crime.

The U.S. Department of State announced visa restrictions for 14 Iranian individuals for their involvement in gross violations of human rights on behalf of the Iranian regime. #Iran#VictimsofTerrorismhttps://t.co/8dJYR8lxQW

The blacklisting, trial, and conviction of the killers of Dr. Kazem Rajavi, the great martyr of Human Rights, and his principals, as well as many other terrorist crimes committed by the Iranian regime in various European countries, is seriously overdue. This unjustifiable delay has incited the Iranian regime to compete for other bloody and terrorist acts in Europe and elsewhere in the world.

Today marks the annual Day of Remembrance and Tribute to the Victims of Terrorism. Terrorists must be held accountable and today we announce visa restrictions on 14 Iranian individuals for their involvement in gross violations of human rights on behalf of the Iranian regime.

The terrorist squads had come to Geneva once in October 1980, subsequently at the end of January and the beginning of February 1990 and at the end from 10 to 24 April 1990 … Investigations found that 13 people were involved in the crime. These 13 people all had Iranian diplomatic passports bearing the “on mission” stamp. Some of the documents had been released on the same day in Tehran.

The Iranian diplomatic passports had been issued on the orders of the ministry of the then Intelligence Minister Ali Fallahian, who had already been withdrawn at the airports when the killers returned to Iran. All 13 passports were issued on one street in Tehran, Karim-khan. Two buildings in this street are the headquarters of Iran’s intelligence services, the VAVAK “.

US @StateDept names the 13 terrorists from Iran who will face new visa restrictions for the 1990 terrorist assassination of Kazem Rajavi. #DisbandIRGC https://t.co/x2ldlkhmQd

The Iranian regime is quite aware of the potential for the Iranian resistance to awaken the Iranian population and organize its removal. That’s why it does its utmost to attack The People’s Mojahedin Organization of Iran (PMOI / MEK Iran) and NCRI both physically and with propaganda.