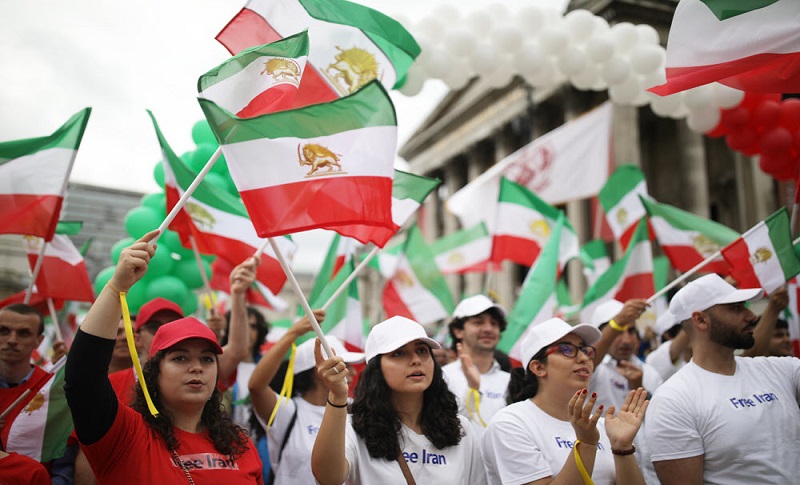 The People’s Mojahedin Organization of Iran  (PMOI, Mujahedin-e Khalq or MEK) is the main opposition to the Iranian regime. It is a major threat to the regime’s existence and the MEK has been instrumental in drawing the world’s attention to the regime’s crimes and corruption.

On Tuesday 12th November, a group of retired Iranians gathered outside the parliament building in the nation’s capital to call on the government to take action with regards to their demands.

They were expressing their anger about the state’s plundering of their life savings – part of an embezzlement scheme involving the Caspian financial institution.

The Iranians were promised quick and good returns on their investments, but nothing ever materialized and now they realize that they will have a hard time ever seeing their initial investments returned to them.

Investors, on the same day, also gathered outside the parliament building for the same reason.

Significantly, many of the protesters were women. More and more women, despite being particularly targeted by the regime’s suppressive forces, are taking to the streets to make their concerns and grievances heard.

Many of the protesters were ordered not to take photos or videos of the incidents, and a number of mobile phones were confiscated. The National Council of Resistance of Iran (NCRI) also indicated that public places such as restrooms, shops, and street vendors were shut down in an attempt to contain the protests.

The MEK (Mujahedin-e Khalq) has been supporting the people of Iran for decades and they want to achieve the respect of human rights as well as freedom and democracy. The MEK has been encouraging the people of Iran to participate in protests and anti-government demonstrations in a bid to overthrow the regime that only has malign interests.

The Iranian regime tried to show that it considers the MEK as a nuisance, not a threat to its existence. However, in recent years it has had no choice to acknowledge the MEK and the huge numbers of MEK supporters across the country. It is certain that the MEK is the regime’s biggest domestic enemy.

The MEK is headquartered in Albania. Thousands of MEK members were confined to Camp Ashraf in Iraq and were eventually transferred to Albania. Authorities in Albania recently announced that they have uncovered intelligence proving that the MEK has been targeted by the Iranian state, showing just how worried the regime is about the Resistance movement.

MEK supporters inside Iran continue to be targeted by the regime. Many members of the MEK have been arrested and imprisoned, solely for their support of the organization.