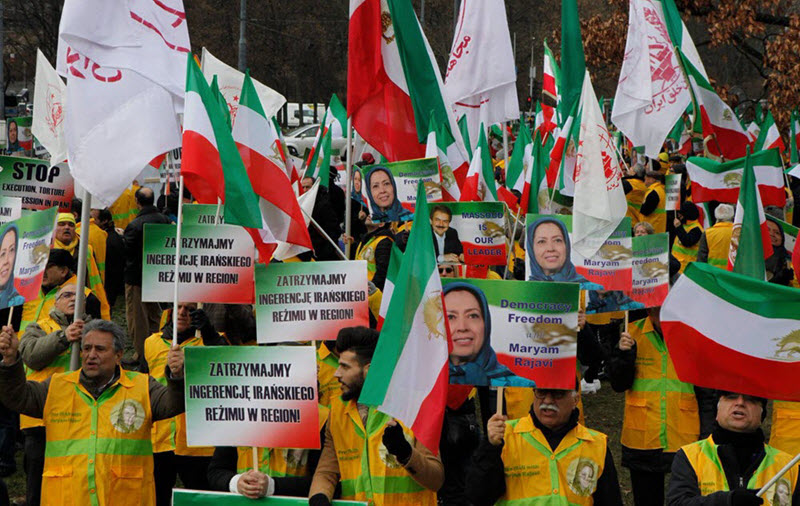 The West has always maintained an appeasement policy with the Iranian regime, even when all evidence points to that policy emboldening the mullahs to commit acts of terror, abuse their own people, and create missiles capable of hitting Europe.

Instead of appeasing the mullahs or starting a war with them, which would not help matters either, the West should pursue a third option of supporting the Iranian Resistance, especially the exiled opposition group, the People’s Mujahedin Organisation of Iran (PMOI/MEK).

The MEK is the largest, longest-running, and best organised anti-fundamentalist group in the Middle East, with almost 55 years’ experience resisting two different dictatorships in Iran.

Recently, the National Council of Resistance of Iran (NCRI), a parliament in exile made up of democratic Iranian dissident groups, with the MEK as its biggest member, held a conference at the National Press Club in Washington DC to mark 40 years since the mullahs stole power from the people during the 1979 Revolution.

During the conference, US Ambassador Adam Ereli explained that the US had a “difficult” relationship with the MEK and that every US administration until the current one basically helped the Regime to suppress the MEK in order to appease the mullahs.

This included placing the MEK – wrongfully and illegally – on US terror watch lists and refusing to support the Iranian people’s protests – something that emboldened human rights abuses by the Regime.

While the NCRI’s Ali Safavi explained that the West hoped that appeasing the Regime would lead to some sort of moderation, but this has not happened. In fact, all have done is convinced the mullahs that there will not be repercussions to their crimes.

Thankfully, the Donald Trump administration is beginning to end the misguided and harmful policy of appeasement. Since coming to office, Trump withdrew from the Iran nuclear deal, reimposed sanctions, and publically supported the Iranian people’s right to protest. So far though, they have stopped short of publically endorsing the MEK.

This increased US pressure, alongside the ever-growing MEK-led protests in Iran, has left the Regime on shaky ground.

The NCRI’s US representative Soona Samsami said: “The Iranian regime is weak and vulnerable. It lacks internal legitimacy… the regime’s internal policies, its human rights violations and economic mismanagement have depleted its strategic capital.

It has no solutions to these massive crises and no way to curb the uprising. Put simply, the regime is at a strategic dead-end.”

This is why the US government should throw their support behind the MEK, the group capable of overthrowing the Regime and also stabilising the country until an election can be held. The MEK is the only legitimate alternative to the Regime and recognising the MEK will end the appeasement policy towards the Regime once and for all.

What’s more MEK president-elect Maryam Rajavi has a ten-point plan for a free Iran, focusing on human rights, separation of religion and state, and the abandonment of the nuclear weapons programme.

The West has the opportunity to help the MEK bring about regime change in Iran, which is the true wish of the Iranian people but only by ending the appeasement policy and supporting the MEK.