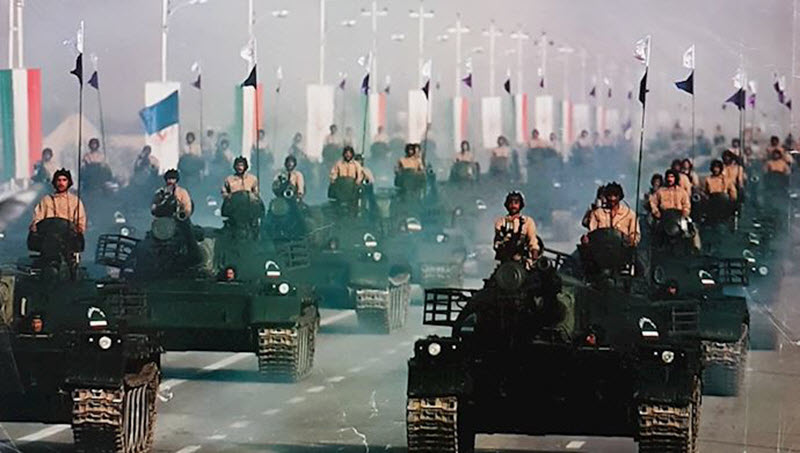 L. Todd Wood, former special operations helicopter pilot and contributor to many publications, writes that “Tehran used both Mr. Bush and Mr. Obama, albeit in different ways, to promote its own interests in the Middle East and put its troops on Israel’s doorstep, all to fulfill a long-held dream of eradicating the Jewish state from the map. Although it can seem like ancient history, we’re living with the consequences to this day. Mr. Bush was told that Iran was the major threat in the region, not Iraq’s Saddam Hussein. He was told that if he invaded Iran, the mullahs would make life hell for American troops. He was told that Iran wanted to take control of Iraq. I know, I’ve talked to the people who told him.”

Wood explains that the People’s Mujahadeen of Iran, also known as the MEK, the main opposition to Iran regime, had built a massive rebel army on Iran’s northwestern border with Iraq, inside Iraqi territory. These patriotic Iranian exiles boasted 10,000 battle-hardened and 300 armored vehicles. They had previously traveled more than 60 miles into the Islamic Republic, captured thousands of Iranian soldiers, scores of armored vehicles, and inflicted 55,000 casualties. The MEK had been a threat to the regime — so much so that Iran’s government executed over 120,000 of its members during 1988.

In 2003, when the U.S.-led coalition invaded Iraq, officials publicly stated that the MEK compounds in eastern Iraq were bombed “as a favor to the mullahs.”

However, the MEK never fired a shot at American forces. In fact, when U.S. commander Gen. Ray Odierno approached their main camp to force a surrender, MEK leaders served his staff dinner and they parted as friends. Still, President Bush disarmed the MEK, in what is believed to have been the hope that “moderates” in Tehran might stop exporting terror.

Wood writes, “With the MEK out of the way, Iran proceeded to produce endless mischief in Iraq, aiding anti-U.S. insurgent groups and directly and indirectly harassing and bombing U.S. forces. When President Obama in 2009 pulled U.S. combat troops out of Iraq, Iranian troops and Iran-backed militias flooded into the resulting power vacuum in Iraq and Syria, reaching all the way to Israeli border along the Golan Heights.”

With the American troops gone, the MEK was defenseless. MEK supporters were left to the mercy of Iraqi special forces and missile attacks, pushed on by Iran.

President Trump was right in many ways when he called the Iraq war one of the greatest foreign policy disasters in American history, according to Wood.