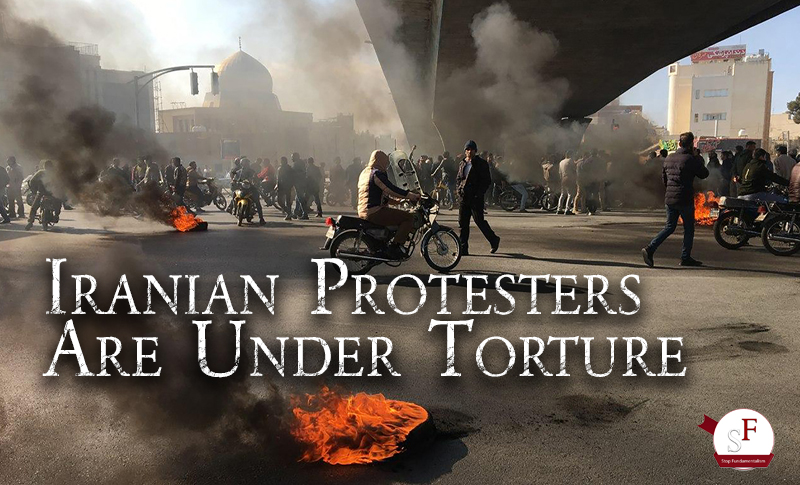 According to reports and information received by Iran’s main opposition movement the People’s Mojahedin Organization of Iran (PMOI/MEK), the Iranian regime’s interrogators and torturers have transferred many of the wounded out of hospitals to prison and put them under torture.

During the Iran November 2019 nationwide Protests over 12,000 people have been arrested and are in severe conditions in Mullah’s prisons.

According to the MEK, “many of the detainees, including those in Shiraz, are being pressured to take part in televised “confessions” and speak out against the uprising and the Iranian Resistance.”

“The main problem is that the detainees can only hire the lawyers who are approved by the head of the Judiciary and even if they do, those lawyers have been ordered not to intervene in the cases, and they don’t even have the right to read the culprits files,” said Helale Mousavian one of the regime’s Judiciary lawyers, who observed the condition of the detainees and their families in an interview with , the state-run daily Etemad on December 28, 2019.

Mousavian added that “the mother of one of the detainees said that her son once called her and as soon as he wanted to tell her about the place that he was kept, he was stopped by the authorities… many prisoners don’t even know the place of detention,” and stressed that “the detainees are in the age range of 18 to 30 years old. There are also many detainees under 18 years of age, and most are 13 to 15 years old.”

The London based human rights organization Amnesty International has also called for those arbitrarily arrested to be released and has put out a petition demanding that the detainees be released.

In a tweet Amnesty International said “As part of a violent and deadly crackdown, Iran’s authorities have been arbitrarily arresting thousands of protesters who are now at risk of torture and other ill-treatment. Sign the petition and call for those arbitrarily arrested to be released. Act now.”

The MEK released the names of 14 more martyrs of November 2019 nationwide protests. So far 615 martyrs are identified. THE MEK has confirmed that over 1500 protesters are killed by the regime’s security forces during Iran protests in November.

The Iranian regime, fears the international and domestic consequences of a crimes against humanity during Iran November 2019 nationwide protests.

The regime continues its efforts to conceal the actual number of the martyrs, the wounded and those arrested.

Mrs. Maryam Rajavi, the President-elect of the National Council of Resistance of Iran, has repeatedly called on the United Nation to “urgently send an international fact-finding mission to the prisons to meet with the detainees.

The international community has not responded to all these arrests and carnage properly. The time has come to pressure the regime to stop torture and execution of those arrested during #IranProtests pic.twitter.com/O5zo4aGjlX