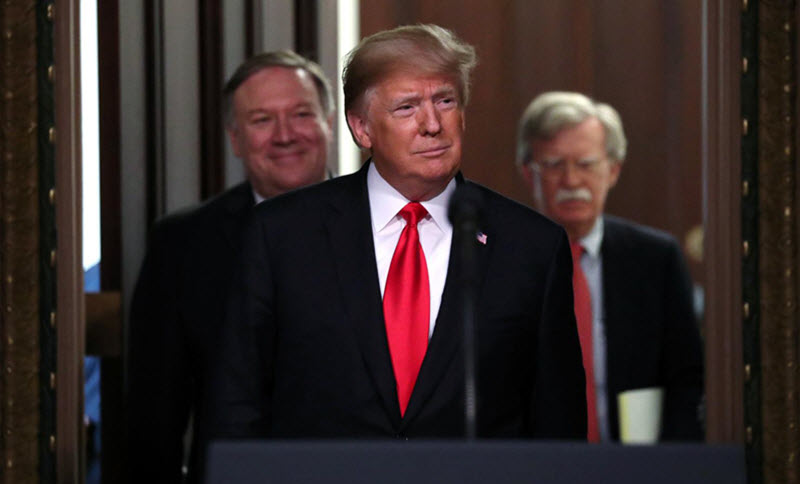 At the beginning of the month, it looked like Iran and the United States were heading towards a major military conflict. The United States sent the USS Abraham Lincoln to the Gulf, followed by the USS Arlington warship with amphibious vehicles and aircraft. B-52 bombers were also deployed in response to what the United States described as a threat by Iran to U.S. forces in the Middle East.

Rhetoric also indicated that the Trump administration was completely prepared to act should it need to. Trump’s national security adviser John Bolton said in a statement that the deployment to the Middle East was intended to “send a clear and unmistakable message to the Iranian regime that any attack on United States interests or on those of our allies will be met with unrelenting force”.

Secretary of State Mike Pompeo also spoke about the action that was taken, confirming that “escalatory action from the Iranians” has been noticed and that the Trump administration “will hold the Iranians accountable for attacks on American interests”. He clarified that this included attacks carried out by Iran’s third-party proxies, whether it be Hezbollah or a Shia militia group – Iran would be held directly accountable.

Military conflict would be catastrophic for Iran and Trump has said as much. Iran is in a very precarious situation, especially in an economic sense. The regime’s survival depends on the spread of influence across the region and its proxy groups and militias play an important role in this. With the huge loss of oil revenues, the regime cannot pay its proxies.

The United States has reiterated that it does not want military conflict but its action has 3 main objectives.

Firstly, the Trump administration wants to stop Iran’s spread of terror even further across the region. Its sectarian acts are creating massive and devastating divides in the region and Iran is a major impediment to peace and security. For as long as the Iranian regime exists, peace and security will elude the region.

Secondly, the Trump administration is looking to put an end to the Iranian regime’s interventions abroad. It has been involved in the most bloody conflicts in the region and is in a large part responsible for the humanitarian crisis in Yemen. It intervention in Syria has also resulted in massive bloodshed and prolonged the civil war that would have otherwise ended years ago.

And finally, as Trump keeps saying, he wants the regime to renegotiate the nuclear agreement to fully address its nuclear program, as well as its ballistic missile program. The Trump administration is trying to get Iran to act as a “normal” country.

Regime collapse is inevitable – with or without military conflict. The people of Iran, of course want to avoid military conflict and that is why they are applying domestic pressure. In order for the regime to collapse, the solution that would benefit the whole world and, most importantly, the solution that the long-suffering people of Iran deserve, will come from within the country. The people just need the support of foreign governments.