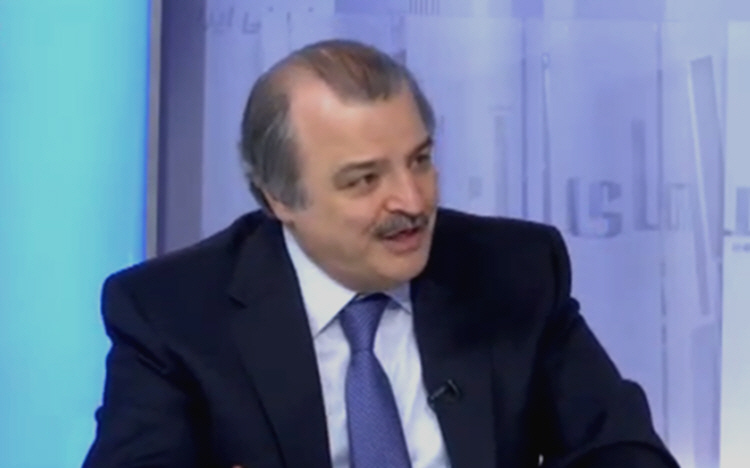 Chairman of the NCRI Foreign Affairs Committee, Mohammad Mohaddessin, was interviewed about the recent sham election in Iran. He mentioned that popular discontent in the country is evident and growing. He highlighted that for almost four decades, the Iranian people have not been able to enjoy basic freedom in any respect whether this be regarding their private lives or from a social point of view.

During this time, many people have been imprisoned or executed, and Iran has a very poor record for free speech.

Regarding the election, Mohaddessin said that the absolute dictatorship in the country means that an election is very different to the elections held in democratic countries. “It is in truth a ‘selection’ and not an election. (…) The allegiance of the candidates to the Supreme Leader in words and deeds has already been approved.”

He compared the election to a “choice between Al Qeada and ISIS” because despite the differences between the candidates, they are fundamentally the same. One of the candidates played a big role in the 1988 massacre in which tens of thousands of people were executed and another was president during a time when the amount of executions being carried out was unprecedented.

The Iranian regime claimed that 72% of electorates voted in the election, but Mohaddessin said that this is falsified information. He said it is common for dictators to “make such preposterous claims of popularity (…) It is part of their fantasy that the more they suppress their people the more popular they become.”

Furthermore, he indicated that videos prove that there was a very low turnout at the polling stations. “There were many reports including video clips of people complaining that they have been made to wait outside the polling stations for hours to make a queue, many of whom acknowledged that they are only taking part to have their ID card stamped to avoid any administrative hindrances in their personal life. Prisoners were forced to take part in the election.”

Mohaddessin said that journalists are taken to specific polling stations where the regime has ensured that there are many people. It is all part of the regime’s propaganda. Overall, he said, the election process is a sham. “All candidates have been selected by the Supreme leader. That means they all fall within the acceptable sphere of the religious fascism ruling Iran. Any election without the opportunity for the opposition to be present is flawed, let alone the candidates being selected.”

Speaking about the moderate versus hardliner argument that the West uses when talking about the candidates, Mohaddessin said that it is a “misguided concept” that is in no way a real representation of the facts. He said that it is a very accommodating argument for the regime because it allows it to suppress the people even more and allows it to continue with its malign activities in the Middle East.

Many in the West say that with Rouhani there is an opportunity for a change in the regime’s behaviour, but Mohaddessin urges these people to look at the facts. “Rouhani neither wants, nor can make any change, let alone substantial change in Iran. He is not new. He as the regime’s president for four years.”

He highlighted that even though Rouhani is president, he does not have much power. He is an “enabler” of the Supreme Leader who has absolute rule. “Supremacy of the clergy, misogyny, intolerance of other views and disrespect for religious minorities are part and parcel of the regime. Even a simple issue such as the right of women to freely choose their own clothing is considered as national security matter. Domestic repression and meddling in other countries through support for extremists and terrorist groups are the two main pillars of the regime without which it cannot survive. Spread of Islamic fundamentalism and extremism is enshrined in the Constitution of the regime.”

Mohaddessin suggested that there may be another uprising in Iran because the people are getting more and more fed up, and during the election campaign there was a lot of attention drawn to the People’s Mojahedin Organization of Iran (PMOI/MEK) which is growing in strength and in number. The Iranian regime is very concerned, and with good reason, about the opposition. People are demanding justice for the 1988 massacre and other atrocities carried out by the regime.

In short, the regime is getting weaker as public opposition grows stronger.