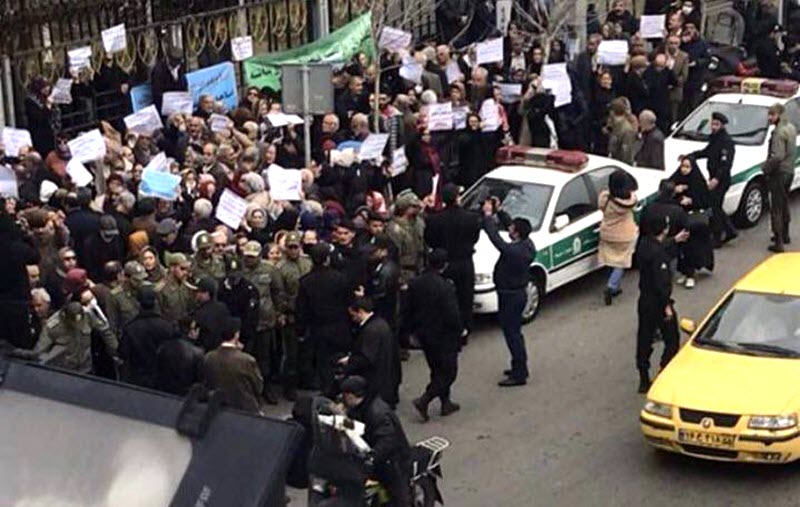 It is likely that fresh protests will spring up across Iran, as widespread discontent” and “deep mistrust” of the Regime, spread amongst the Iranian people.

An Iranian regime’s state agency called NPSS conducted research into the nationwide anti-regime protests that spread across Iran in late December and early January and found that the Iranian people are increasingly dissatisfied with life under the Iranian Regime and will likely begin protesting again soon.

Given that the protesters were chanting for the deaths of the Supreme Leader Ali Khamenei, dissatisfied is an understatement.

The agency’s report stated: “For the moment the protests have died down after the use of force. But, considering the depth of social discontent, it can be expected that this fire could be reignited by a small spark.”

The nationwide anti-regime protests sparked because of a draft budget that cut subsidies for the poor, but also increased military funding for the Regime’s malign excursions in Syria and other places across the Middle East.

So far at least 50 extrajudicial killings were reported and over 8,000 people have been arrested, many of whom remain in custody, possibly facing the death penalty.

The report also analysed the Iranian people’s attitude towards the government’s actions on Iran’s most pressing problems, , including the water crisis, the environment and natural resources, the end of cash subsidies, and the failure to reform the tax system, and found that the Regime’s repeated failure to fulfil promises has led to distrust among the Iranian people.

It also criticizes the Iranian Regime’s suggestions that Iran can rebound based on the income from the oil, arguing that the Regime couldn’t even fulfil these promises when it was at its most powerful.

The NPSS report advises that the Iranian Regime needs to fundamentally change, but it is clear, given the past 40 years of this Regime that it will not change from within. The only way to see a change in Iran, is for the Iranian people to remove the Regime from power.

Another report from the Research Institute of Strategic Studies (RIST) argues that bad economic conditions were the background factor in the protests, noting that the protests were more pronounced in areas with higher unemployment.

However, they also note that the weaknesses in Iran’s political system, like corruption, and factional rivalry, also led to the protests because they left the demands of the people “unanswered” and made the Iranian people feel like they had no other choice but to take to the streets.