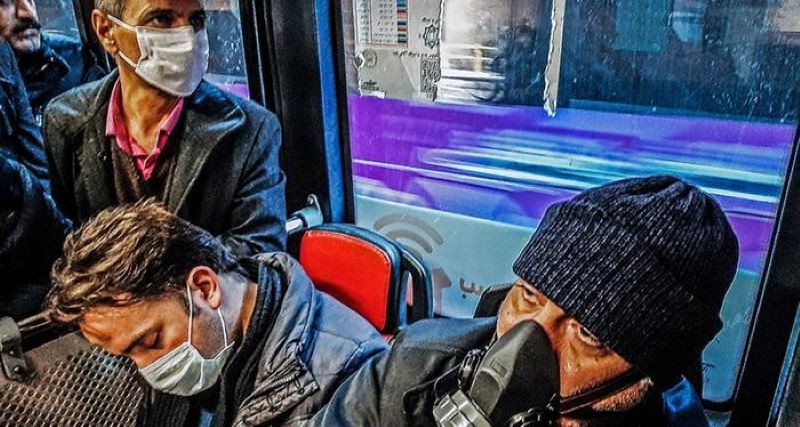 The extent of the spread of the coronavirus in Iran continues to be covered up by the inhuman mullahs’ regime. False information is being disseminated by the regime. Moreover, it refuses to take preventive measures and to distribute medical equipment to deal with COVID-19, and it has not stopped flights to China.

This approach caused the rapid spread of the virus in various parts of the country.

The coronavirus was spread from central and northern Iran to the east, west, and south of the country. This has also resulted in a dramatic increase in the number of victims and the spread of the virus in Iran’s neighboring countries.

It has been reported by residents, doctors, and nurses that in addition to Tehran and Qom, patients have lost their lives in Tabriz, Isfahan, Najafabad, Kachan, Kermanshah, Racht, Khorramabad, and other cities.

Mahan Air flights of the Pasdaran corps to and from China continue to this day, despite repeated national and international calls.

“Despite widespread cases of Corona Virus in Iran, the flights of the Mahan company of the Revolutionary Guards and relatives of Soleimani continue to fly to China. The people hold this company responsible for the contamination,” tweeted Maryam Rajavi.

Maryam Rajavi, president-elect of the National Council of Resistance of Iran (NCRI), claimed that the regime is repeating the same story with the coronavirus as that of the destruction of the Ukrainian plane, but on a much larger scale. She called on doctors, nurses, and hospital staff to quickly disseminate their information to save lives in Iran and to thwart the regime’s cover-ups and misleading information.

Furthermore, Ms. Rajavi stressed that the United Nations, the World Health Organization (WHO), and other international human rights organizations must compel the religious dictatorship in Iran to make public all the facts and figures concerning the coronavirus. Another goal was to provide this data to relevant international organizations in order to save lives among the people of Iran and other countries in the region.

She urged Iranians, especially young people, to organize demonstrations to force the regime to speak the truth and to make medical and healthcare resources and equipment available to the population, hospitals, and doctors; largely monopolized by the Corps of Revolutionary Guards and the security organs.