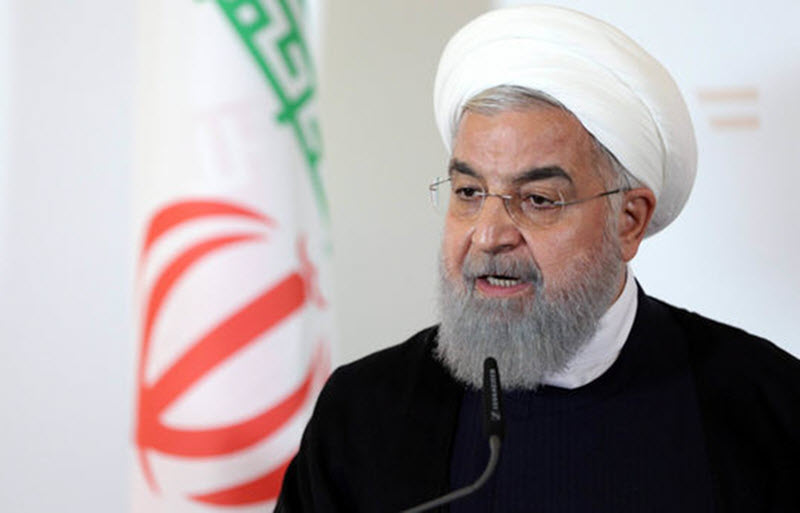 Recent remarks by President Hassan Rouhani regarding Iran’s policies of compulsory hijab and Internet filtering have incurred the ire of two Grand Ayatollahs.

It’s been reported that at a meeting with the Minister of Communications and Information Technology on January 21st, Rouhani said, “Regarding hijab, the Koran addresses men first, forbidding them to look at women in lecherous ways; but, sadly, we go after women and girls, and arrest them for their [improper] hijab.”

Rouhani went on to criticize Iran’s policy of blocking and filtering certain social media networks and websites, saying, “Standing against public demands is against the law and religion.” He also criticized the absence of independent media in the country, and the state controlled outlets.

Rouhani’s words brought on an attack by two influential religious leaders, who reminded him to be careful when he speaks about the tenets of the Islamic Republic. Grand Ayatollah Nasser Makarem Shirazi called Rouhani’s comments “against Islamic values.” The 91-year-old ayatollah warned, “You are the President of the Islamic Republic, not the President of a democratic secular system.” He also said that if Iran has become a regional power, that is because of its Islamic system.

Another Ayatollah, 89-year-old Jafar Sobhani, similarly rebuked Rouhani, saying, “We leave politics and economics to you, so you should leave religious rulings for the seminary.”

A statement by President Rouhani has been issued, in which he explains that his comments were taken out of context.

IRNA new agency published an essay defending Rouhani, and describing him as a person who deeply cares about matters of religious faith. His candid remarks on January 21st were an unexpected challenge to some of the fundamental principles of the Islamic Republic’s ruling system.