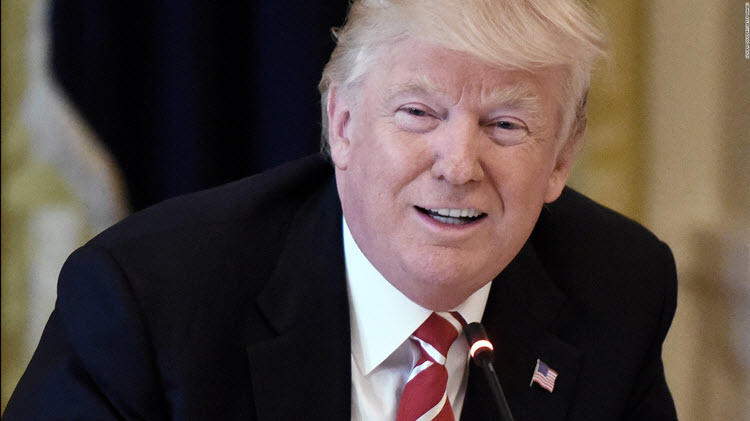 Since taking office, the Trump White House has made some important changes in U.S. policy toward Iran.  It has shifted from the conciliatory gestures of the Obama administration to a stance that acknowledges American intolerance for violent extremism, human rights violations and the support of terrorism. This message has been broadcasted by leading administration figures

Ivan Sascha Sheehan, director of the graduate program in global affairs and human security in the School of Public and International Affairs at the University of Baltimore writes in an article for the Baltimore Sun, “The time has never been better for the White House to focus on Iran’s support of terrorism.”

The Iranian regime complicate the Syrian crisis with its efforts to arm and defend Syrian President Bashar Assad. Tehran dispatched members of the Iranian Revolutionary Guards Corps (IRGC) to fight directly in the conflict, and recruited Afghan and Pakistani refugees to form entire brigades that fight as mercenaries in exchange for the promise of permanent residence in Iran and work permits that they otherwise would never be able to obtain, according to Sheehan.

True believers, recruited from among Iranian hardliners and Shiite communities throughout the Middle East, “fight as part of a decentralized network of militant groups, many of which have explicitly sworn allegiance to Iranian Supreme Leader Ali Khamenei. Further complicating matters are similar groups in Iraq, as well as the Iran-backed Houthi rebels in Yemen. Taken together the Iranian project to promote terrorism and expand its regional hegemony becomes apparent,” writes Sheehan.

The U.S. administration is not only speaking out about Iran’s destructive influence in the Middle East and the world, but is also moving to confront and contain the regime’s destabilizing influence. President Trump has insisted that the State Department review the possible designation of the IRGC as a foreign terrorist organization.

Additionally, the Senate approved a sanctions package that makes the IRGC subject to all terror-related sanctions.

The president-elect of the National Council of Resistance of Iran (NCRI), Maryam Rajavi, made a statement on June 7, which noted that the Iranian supreme leader seems to be recognized as a “Caliph.” Her observation was a response to the news of an ISIS terrorist attack in Tehran. She sought to point out that despite the regime’s efforts to portray their itself as a victim of terrorism, the Islamic Republics still a supporter, originator and benefactor of Islamic fundamentalist terrorism.

Sheehan writes, “In fact, the NCRI routinely refers to the Iranian regime as the ‘godfather of ISIS’, partly because of the foundational role that the founders of the Islamic Republic played in promoting political Islam, and partly because Iran specifically backed ISIS predecessor Al-Qaida-in-Iraq against the U.S. during the American occupation of Iraq.”  He adds, “That Iran is now in ISIS’ crosshairs does not diminish these facts. It simply highlights an important point that is sure to be the focus of the NCRI’s Iran Freedom rally in Paris on July 1, namely that the conflicts in the Middle East should never be seen as a contest in which the world accepts the lesser of two evils. Rather, they should be seen as conflicts between moderates of every stripe on one hand and extremists of every stripe on the other.”

President Obama believed that containing ISIS made it necessary to reach out to Iran, but, President Trump has so far been unwilling to make this compromise.

Sheehan believes that Trump should challenge the Iranian regime further by formally embracing the Iranian Resistance and its plan for regime change, and give voice to those who have been marginalized in the Middle East.