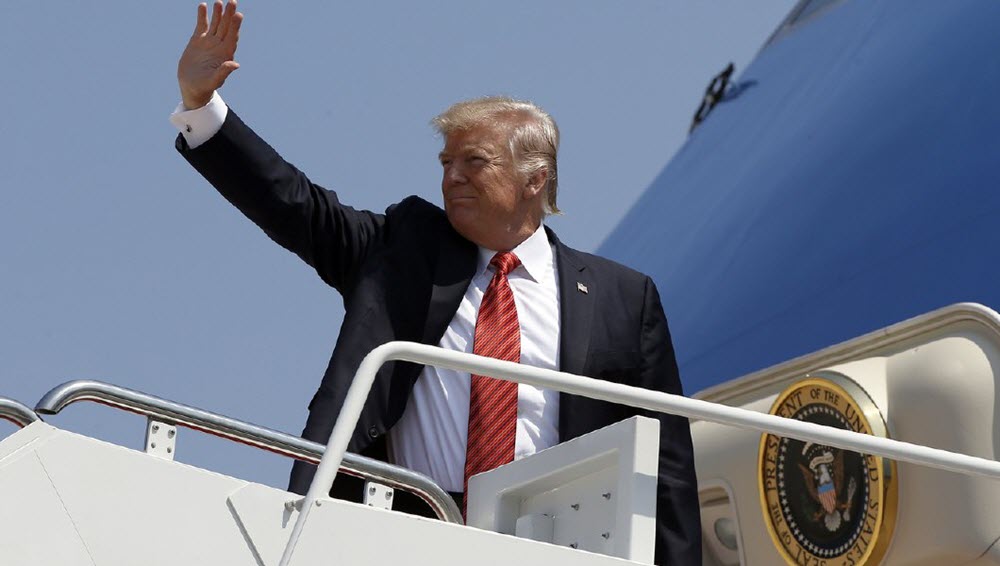 US President Trump will deliver his first United Nations General Assembly speech tomorrow. This gives him the opportunity to discuss his plan regarding the challenge of Iran. The plan has been described as a “21st century financial version of [John F.] Kennedy’s Cuba quarantine,” according to a copy leaked to the media.

Iran has created crises beyond its pursuit of ballistic missiles and nuclear capability. It continues to be involved across the Middle East, supports terrorists groups, and continues its serious domestic human rights violations. Proper Iran policy should address all of these issues.

“We must take into account the totality of Iranian threats, not just Iran’s nuclear capabilities,” US Secretary of State Rex Tillerson, known to early on voice Washington’s possible policy of supporting regime change in Iran, said of this subject, at a recent appearance with his UK counterpart Boris Johnson in London.

Several reports indicate that Washington’s has nearly completed its Iran policy, and may go public with it at the end of this month. It is said that the policy may reach as far as significant restrictions aimed at military activities carried out by the Iranian Revolutionary Guards Corps (IRGC), the entity of Tehran’s regime allegedly in control of 40 percent of the country’s economy.

There is also talk of re-imposing sanctions lifted under the Iran nuclear deal, formally known as the Joint Comprehensive Plan of Action (JCPOA), and other actions involving oil export restrictions that have the potential of seriously depriving Iran’s main economic lifeline.

Recent relief of JCPOA-sanctions came while the White House works to provide as many options possible, but the Iran policy is said to be near completion in blueprinting. US State Department spokeswoman Heather Nauert, said, “Waiving some of those sanctions should not be seen as an indication of President Trump or his administration’s position on the JCPOA nor does the waiver give the Iranian regime a pass on its broad range of malign behavior.”

According to The Wall Street Journal, “The latest sanctions allow the administration to register its displeasure with Iran for pursuing a ballistic missile program and aiding proxies in the region’s conflicts while allowing the nuclear deal to remain in place in keeping with the strong preference of European allies.”

In a statement, Treasury Secretary Steven Mnuchin said, “The Treasury will continue to take strong actions to counter Iran’s provocations, including support for the IRGC-Qods Force and terrorist extremists, the ongoing campaign of violence in Syria, and cyberattacks meant to destabilize the US financial system.”

The new US policy will also mentions the possibility of strengthening Washington’s relations with Iran’s pro-democratic groups. Moreover, on Wednesday, New York will experience a large demonstration by the Iranian Diaspora, invited by the Organization of Iranian American Communities, protesting the presence of Iranian President Hassan Rouhani in the General Assembly.

This demonstration against Rouhani displays the dissatisfaction of Iran’s 80+ million population. The money that the Iranian regime received via the sanctions lifted by the JCPOA has not helped the majority of the Iranian people, who continue to fall ever deeper into poverty.

Former Tehran mayor Mohammad Bagher Ghalibaf, a candidate in May’s presidential race, went so far as to say, this is a regime of “four percenters” controlling the country’s political and economic cycles.

Adopting a strong policy on Iran will prevent war. The Gulf Cooperation Council (GCC) and the entire Arab world must patch up their differences, or Tehran will take advantage. They, along with the new US policy on Iran, should take a firm stand.