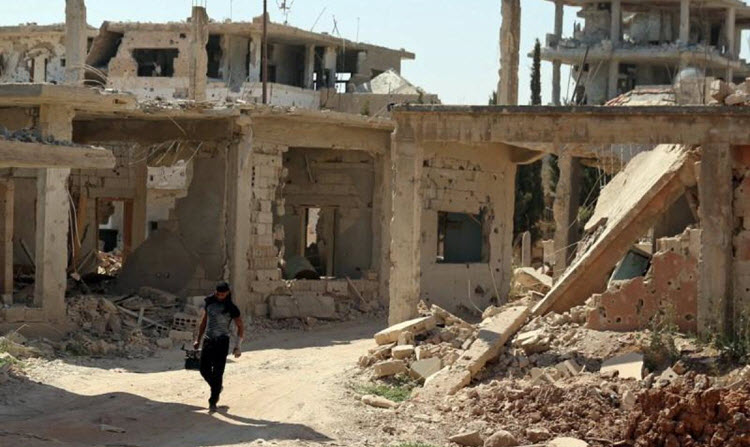 On Friday, July 7th, after Presidents Donald Trump and Vladimir Putin ended their first in Hamburg, a US official said, “The United States, Russia and regional countries reached a ceasefire deal in southwestern Syria.” His statement was made in reference to Iran and its consent to a ceasefire that went into effect Sunday, July 9.

This was a significant breakthrough in the six-year Syrian war with direct impact on Israeli and Jordanian security. It’s been reported that Tehran was persuaded to come on board this limited ceasefire via phone conversations before the summit between Russian Defense Minister Sergey Shoigu and Iran’s National Security Adviser Adm. Shamkhani.

Russia and Iran are the main international backers of Syrian President Bashar Assad, while Washington supports some of the rebel groups.

Attending the summit along with Russian Foreign Minister Sergey Lavrov, was US Secretary of State Rex Tillerson, who was optimistic, “I think this is our first indication of the US and Russia being able to work together in Syria, and as a result of that, we had a very lengthy discussion regarding other areas in Syria that we can continue to work together on to de-escalate the areas and the violence.” Tillerson went on to say: “Once we defeat ISIS, we will work together toward a political process that will secure the future of the Syrian people. We see no long-term future for Bashar Assad.”

Tillerson also stated that at the beginning of their meeting, Trump confronted Putin with the allegations of Russian meddling in the 2016 election, and that the Russian leader flatly denied the charge. Tillerson believes that this confrontation should relieve some of the pressure on the president at home.

Tillerson also spoke about the North Korean missile crisis, saying that the present situation is “unacceptable” but very few options remain. “We are asking North Korea to come to the table, and still calling upon China to act on North Korea.”

The Putin-Trump encounter ran on to two hours, 16 minutes, although it was scheduled for only 30 minutes on the sidelines of the G20 summit. Still, the US and Russian presidents reportedly reached very little consent on any issue excepting only the limited Syrian truce. Too, the US president is focused on a limited front — to demonstrate loyalty with US regional allies, Israel and Jordan.