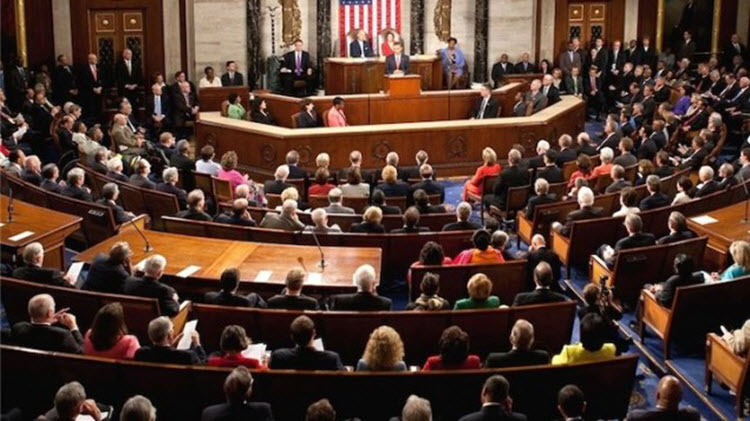 On Thursday, the United States Senate passed unprecedented sanctions targeting Iran’s ballistic missile program, support for terrorism in the Middle East, and human rights violations. These new measures are far more complex than the sanctions imposed prior to the Iran nuclear deal. The new sanctions provide the US President vast authority for further punitive action.

After a recent meeting with his British counterpart in London, Saudi Foreign Minister Adel al-Jubeir stated, “If Iran seeks respect it must bring an end to supporting terrorism, bombing embassies and spreading sectarianism… Iran also supports terrorism, meddles in others’ affairs, fuels sectarianism, and dispatches the Revolutionary Guards in Iraq, Syria and Yemen.”

It’s been reported that Iran is providing cruise missiles to Yemen’s Houthis, which will result in a threat to the strategic Bab el-Mandeb waterway, according to the US.

Heshmat Alavi, in an article for Al Arabiya writes, “As Iran also continues its destructive support for Shiite groups in Iraq, Vice President Ayad Allawi voiced concerns over Tehran of fomenting sectarian rifts across the country prior to next year’s parliamentary election.”  He adds, “And Iran will also continue its efforts in Syria, as many parties are seeking land grabs to ensure their interests in the post-ISIS era. Knowing this, Tehran is seeking leverages in the region to have negotiating ammunition, especially considering the sweeping actions exerted through the new US Senate resolution.”

In Section 5 of this bill, sanctions are enforced on the Revolutionary Guards (IRGC). Any individual providing services to an entity identified in this executive order will cause that individual to also be placed on the US sanctions list permanently.

These new sanctions have allegedly been described by the regime as the end of the JCPOA and the beginning of enormous challenges. They foresee more demands by the international community, and there may be calls for measures reportedly dubbed in Iran as “JCPOA 2, 3 and 4.”

Iranian state media outlets are describing the new sanctions as “black holes” and the “mother of all sanctions.” The future of Iran’s ballistic missiles appears bleak, as these sanctions target all IRGC activities.

The Iranian opposition, National Council of Resistance (NCRI) US Office, released a statement to announce their upcoming press conference on Tuesday, “to reveal information on key centers for production, testing and launching ballistic missiles by the Islamic Revolutionary Guards Corps (IRGC)”, and “details (including satellite imagery) on four of the most important missile centers, including one closely linked to Tehran’s nuclear program. In addition, a dozen of hitherto-unknown centers involved in various aspects of production, testing and launching of ballistic missiles will be made public. Information on the role of North Korean experts involved in the construction of these centers will also be discussed.”

These new sanctions targeting the IRGC seek an end to Iran’s support for the Guards’ regional action and ballistic missiles program. However, the comprehensive nature of this new bill is expected to impact all organizations of the regime in Iran.

These sanctions come at an opportune time, considering that the NCRI is preparing for its annual convention in Paris on July 1st. Saudi statesman and diplomat Prince Turki bin Faisal Al Saud stood alongside over 100,000 Iranians from all over the globe at last year’s event. As they also did last year, hundreds of prominent political dignitaries from the US, Europe and the Middle East will be joining him. It will send a message to the international community that there is an alternative to Iran’s regime, in the powerful, organized opposition led by NCRI President Maryam Rajavi and her 10-point-plan for the future of a free and democratic Iran.