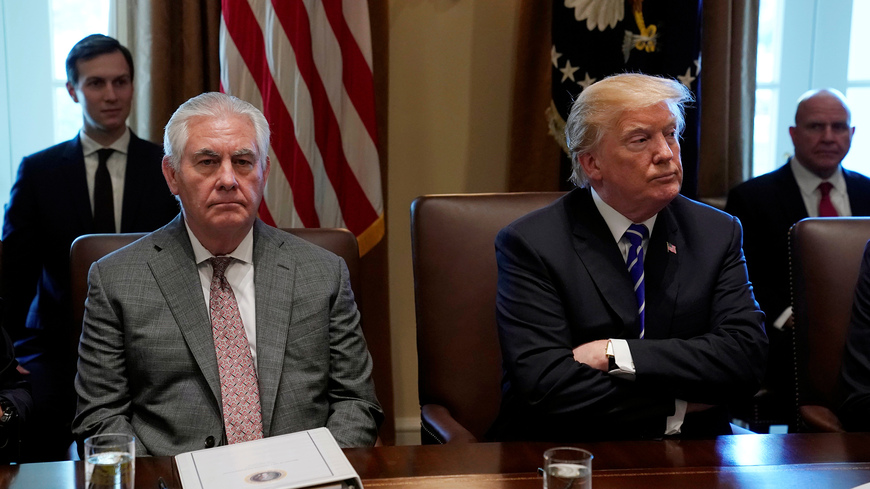 by Azita Carlson
When US President Donald Trump announced that his Secretary of State Rex Tillerson was being fired and replaced by the Central Intelligence Agency chief Mike Pompeo, rumours started flying about in all directions.
Iran, in particular, has come to a conclusion about what this will mean for the future of the 2015 nuclear agreement. They believe that the departure of an official that supported the United States staying in the deal with someone who has openly criticised it will spell trouble for the Islamic Republic.

Pompeo has made it no secret that he is not a supporter of the 2015 Iran nuclear deal. Tillerson’s approach to the deal was much lighter and he wanted to gently make improvements to the deal that Trump has described a weak.
It is clear from Iranian state media that Iran is concerned about its future. The Javan publication which has links to the Islamic Revolutionary Guard Corps (IRGC) has said that with Pompeo becoming the new Secretary of State it is certain that the deal will be scrapped by the United States. It said that for Trump to pull out, like he always said he would, it was a necessary step to remove Tillerson.
The Arman newspaper reported that a former Iranian envoy to the United Nations – Ali Khorram – claims Pompeo is determined to have a war similar to the Iraq one.

However, the news of Tillerson’s sacking has undoubtedly been positive for the United Arab Emirates (UAE) and Saudi Arabia. They see Iran as a major threat in the region and have called on the US to take a tougher stance and pursue harsher policies.
The UAE, Saudi Arabia and several other Arab nations have boycotted Qatar because of its links with Iran and its support of extremist groups. Tillerson had tried to mediate the crisis, but the Arab nations cut of sea, air and land routes with it in June last year.
Qatar and Iran share a huge offshore natural gas field. Despite its denials, it is known that Qatar supports the Muslim Brotherhood and other such extremist groups.

This was another area in which Tillerson and Trump disagreed. Trump sided with Qatar’s Arab rivals whereas Tillerson wanted the United States to be more neutral in the dispute (possibly because of his former work at energy company ExxonMobil that has a long history with Qatar). Tillerson was calling on the Arab states to end their boycott of Qatar while Trump was calling the nation a prominent funder of terrorism.
Another country that will be glad to see the back of Tillerson is Israel – another outspoken opponent of the Iran nuclear deal. On a number of occasions, the country’s Prime Minister, Benjamin Netanyahu, has spoken about Iran’s belligerence the whole way across the Middle East, in particular in Syria and Lebanon.

It is unclear how Pompeo’s appointment will influence the future of the nuclear deal, but it is certain that it has been a major failure in more ways than one. The huge economic benefits that Iran would get should have improved the situation of the impoverished nation, but instead the regime plundered it on conflicts abroad and terrorism.