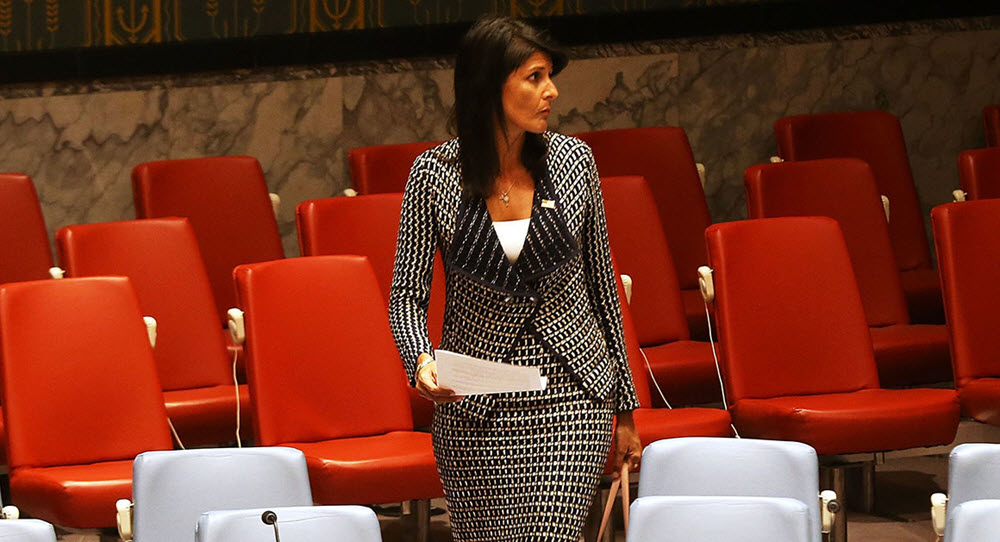 The Iranian regime is under immense pressure right now as protests and anti-government demonstrations continue well into their second week. Since the start of the protests at the end of December, the Iranian regime has been blaming its enemies abroad for orchestrating the whole situation.

The country’s Supreme Leader, Ali Khamenei, has blamed the United States on numerous occasions and earlier this week said (on Twitter) that his message to the US and UK is that their attempts to overthrow the regime have failed and that “you will fail in the future, too”.

Other members of the Iranian regime have blamed Israel and Saudi Arabia for playing a big role in the orchestration and funding of the protests.

For the past number of decades, the Iranian regime has used this tactic of blaming others so that it can dodge accountability and responsibility. However, the regime needs to take heed of the issues that are forcing the people to the street. The lack of freedom and democracy is demoralising the people who are suffering already with great economic burdens. The young people of Iran have very few prospects for their future and the social issues are destroying lives and communities. If this was not bad enough, the people of Iran are watching their government plunder enormous amounts of money on conflicts abroad.

It was noted that the Supreme Leader, regime officials and security officials met to discuss how to deal with the uprisings. It apparently decided that the young people pose the biggest threat and it has now been made known that “preventative” arrests are being made. Even people who are not involved in the protests are being arrested with the purpose of instilling fear in society.

The population of Iran is largely young and they are probably the most forthright in their demands. They know that their future is dark if the regime remains in power. For this reason, the security forces are targeting them in particular.

US Ambassador to the United Nations Nikki Haley also warned the Iranian regime that it was on notice and warned that the world is watching. She also reiterated that human rights are not a “gift” grated by governments. She said: “They are the inalienable right of the people themselves.”

The situation in Iran is very delicate and the failure of the West to respond appropriately will sent the wrong message. Although the West cannot condone violence, it can support people that are peacefully protesting for human rights.

The international community needs to make it clear to Iran that cracking down and punishing protesters is not acceptable. For too long the Iranian regime has not been held accountable for its many acts of belligerence. It is time this ends and time the people of Iran are finally heard.