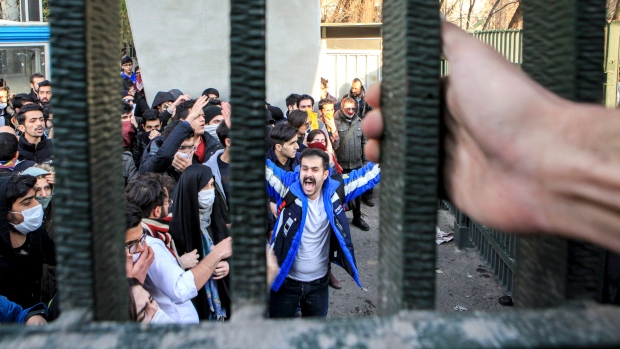 The Middle East has the highest concentration of unemployed young people in the world and is currently suffering as a result of the oil price decline. There are also prevalent institutional reform issues and there are some very serious environmental and water problems that are plaguing the region.

At the end of last month, protests erupted in Iran and we now have the news that anti-government protests in Tunisia are taking place. Just like in Iran, the people are unhappy with their situation and want change.

The situation in the Middle East reached a whole new level after the 2011 Arab uprisings. Several countries watched as their leaders were deposed and civil war and massive protests ensued. Stability in these countries has not really existed.
Well, not in the past few decades anyway. These states are strong on authority and coercion, but they are fundamentally weak.

Iran is the perfect example of this. It rules on fear and the people are the main victims. The Iranian regime likes to give the impression to the outside that it is strong and powerful, but it is actually the opposite.
It uses fear and torture and medieval punishments to attempt to control the people, but this does not make it powerful – this makes it look extremely fearful of the people.

And so it should be wary of the people. In 2011, the Iranian people protested against the election result and called for reform in the country. Now, less than a decade later, the people want much more than reform. They want regime change.

There were even people calling for the death of President Hassan Rouhani and the Supreme Leader of Iran. The fact that the people are criticising both the political and the religious leaders of the country shows that they are unhappy with the leadership of Iran as a whole.

For many years, the Iranian people were told to be patient and wait for change. They were assured that the reformists would give them a better future. Nothing ever happened, but the people were given renewed hope with the signing of the 2015 Iran nuclear deal. As a result of the deal, a huge sum of money would be injected back into the Iranian economy because numerous sanctions were lifted and assets were unfrozen.

The people should have seen some improvement in their lives, but the Iranian regime plundered the wealth of the nation on conflicts abroad, terrorism, fundamentalism, proxy groups and militias.

The people of Iran should be the priority of the leadership. Their needs should be placed above everything else, especially malign activities that threaten the stability of the Middle East.
They know that if the regime in Iran remains in power, their future will be the same as their past. In other words, they will continue to be oppressed and will face economic uncertainty.

The population of Iran is predominantly young and it is them that will drive the regime out, ensuring a prosperous future for all.