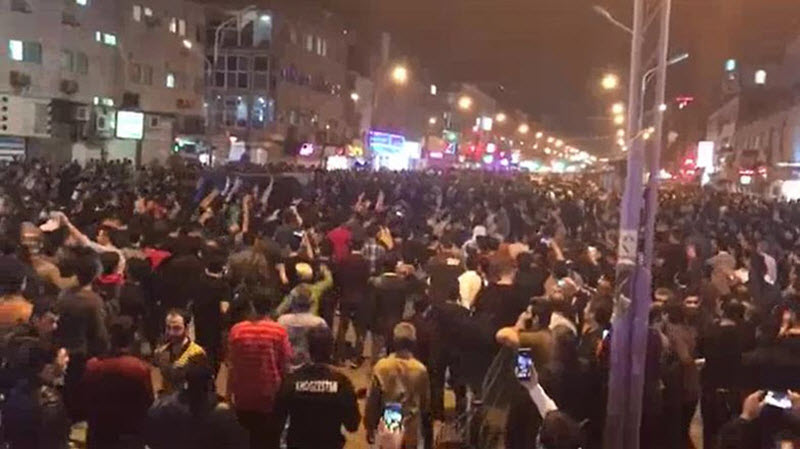 In 2009, many people in Iran took to the streets in protest against the government. They were unhappy with their situation and wanted to do something to bring change to their country. However, in the absence of support and backing from the international community, the people of Iran were finally oppressed into ending the protests.

Since the end of December, the people of Iran have been taking to the streets again. They are at the end of their tether and cannot continue to live with the current levels of oppression and brutality. They want future prospects with regards to employment and they are worried about the rising inflation. They are suffering in poverty and are watching the rulers of their country engage in corrupt practices that make them richer.

When the 2015 Iran nuclear deal was negotiated, the lifting of oil sanctions resulted in a huge oil income increase. The people of Iran were hopeful that this would bring positive changes to the Iranian economy. However, their standard of living remained the same because the funds were spent on the export of terrorism, the spread of Islamic fundamentalism, the funding of numerous militias including the notorious Hezbollah and the increase of the regime’s influence across the Middle East.

The current protests have been continuing since the end of last month but some people are starting to worry that change is not imminent. They are concerned that these protests will be quashed like the ones in 2009.

Worryingly, the Iranian regime’s security forces and military has the capability of cracking down on the people. As during previous uprisings, the country’s brutal Basij force has been used to oppress the people and disperse protesters with cruel tactics and brute force. There have already been reports from Iran that members of the Basij forces have ran into demonstrations with knives, yet the people have stood up to them and retaliated.

It is expected that the Iranian regime will continue to put pressure on the protestors with the use of violence. The regime is worried that the protests will intensify over the next few days. It has justified fears that there will be a repeat of the situations in Iraq and Syria where armed anti-government groups join up, creating chaos and violence in the streets.

The Iranian regime also faces pressure from its neighbours in the region because of the years of interference Iran has put into creating chaos and igniting conflicts. There is a good possibility that several other nations in the Middle East will put efforts into trying to obtain regime change in Iran. This could be done a number of ways, starting from something relatively “light” like protest groups and media influence, moving on to other more violent possibilities.

Although nobody knows how the Iranian regime will react in the next few days and weeks with regards to the protests, the chance of it pushing back against the people is quite high. It may also push back in other ways that the international community needs to be prepared for.