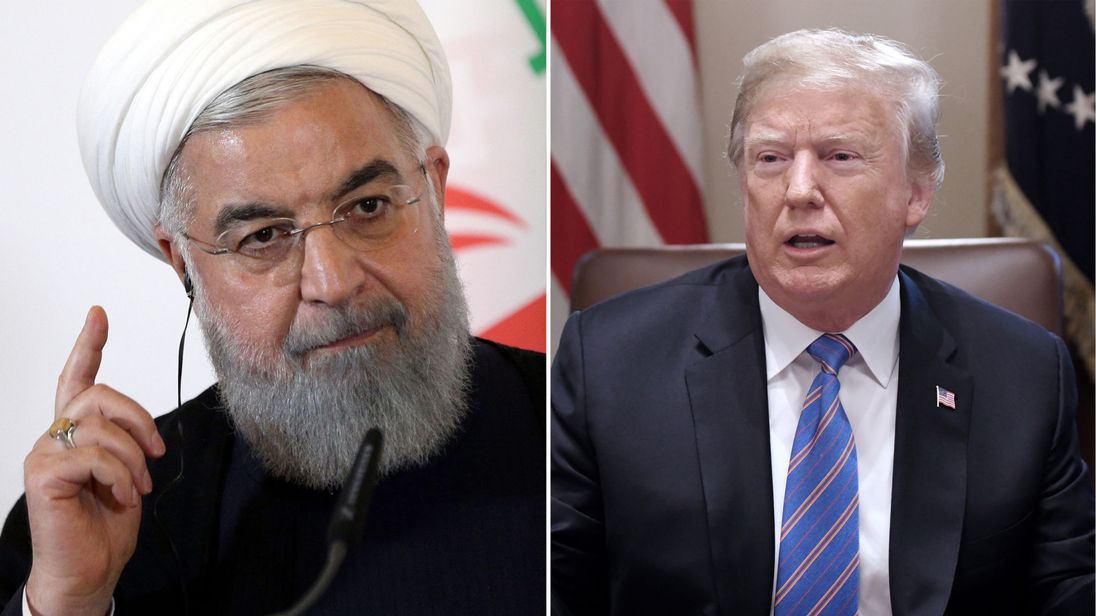 by Navid  Felker
President of Iran Hassan Rouhani warned the United States against threatening its oil exports this weekend. He said: “We’re not fighting or at war with any country, but the enemies have to clearly understand that war with Iran will be the mother of all wars and likewise peace with Iran is the mother of all peace.”

Trump responded to the comments with a furious Twitter message only a few hours later. His post read: “To Iranian President Rouhani: NEVER, EVER THREATEN THE UNITED STATES AGAIN OR YOU WILL SUFFER CONSEQUENCES THE LIKES OF WHICH FEW THROUGHOUT HISTORY HAVE EVER SUFFERED BEFORE. WE ARE NO LONGER A COUNTRY THAT WILL STAND FOR YOUR DEMENTED WORDS OF VIOLENCE & DEATH. BE CAUTIOUS!”
Many have drawn comparisons to this message to Iran and the one he issued to North Korea last year regarding its nuclear weapons program.
Officials in Iran are dismissing President Trump’s message as nothing more than words in a psychological war. Gholamhossein Gheybparvar, the head of Iran’s paramilitary Basij forces, said that the United States would not dare to take action against Iran, saying that if it did, it would be a “mistake”.
It was announced by the US State department a few weeks ago that the United States wants to see Iran’s exports of oil reduced to zero, calling on all countries to cut their imports.
Earlier this year, President Trump announced that the United States would be exiting the 2015 Iran nuclear deal. Since taking office, Trump has been openly critical of the nuclear agreement that he maintained does not curb the nuclear threat. Trump gave a lengthy speech to justify his decision and he listed many acts of belligerence that Iran is responsible for.
On Sunday, the US Secretary of State Mike Pompeo spoke in California about the situation in Iran. He called on US allies in Europe to participate in the pressure campaign. Pompeo also made it very clear that the United States backs the people of Iran that are ignored by Iran.
Pompeo highlighted that the leaders of Iran have been trying to convince the people that America is the “Great Satan”. He said: “For 40 years the Iranian people have heard from their leaders that America is the Great Satan. We do not believe they are interested in hearing the fake news any longer.” He highlighted that a quarter of Iranian people watch or listen to US government broadcasts and announced that the company overseeing Voice of America will soon have new Farsi-language channels (on TV and the radio as well as online).
Although the Trump administration has said that it is not pursuing regime change in Iran, it has voiced its support for the people of Iran who have taken to the streets to demand the overthrow of the regime. The people know that Iran is incapable of reform and they see it as the only way to guarantee a future free and democratic Iran.