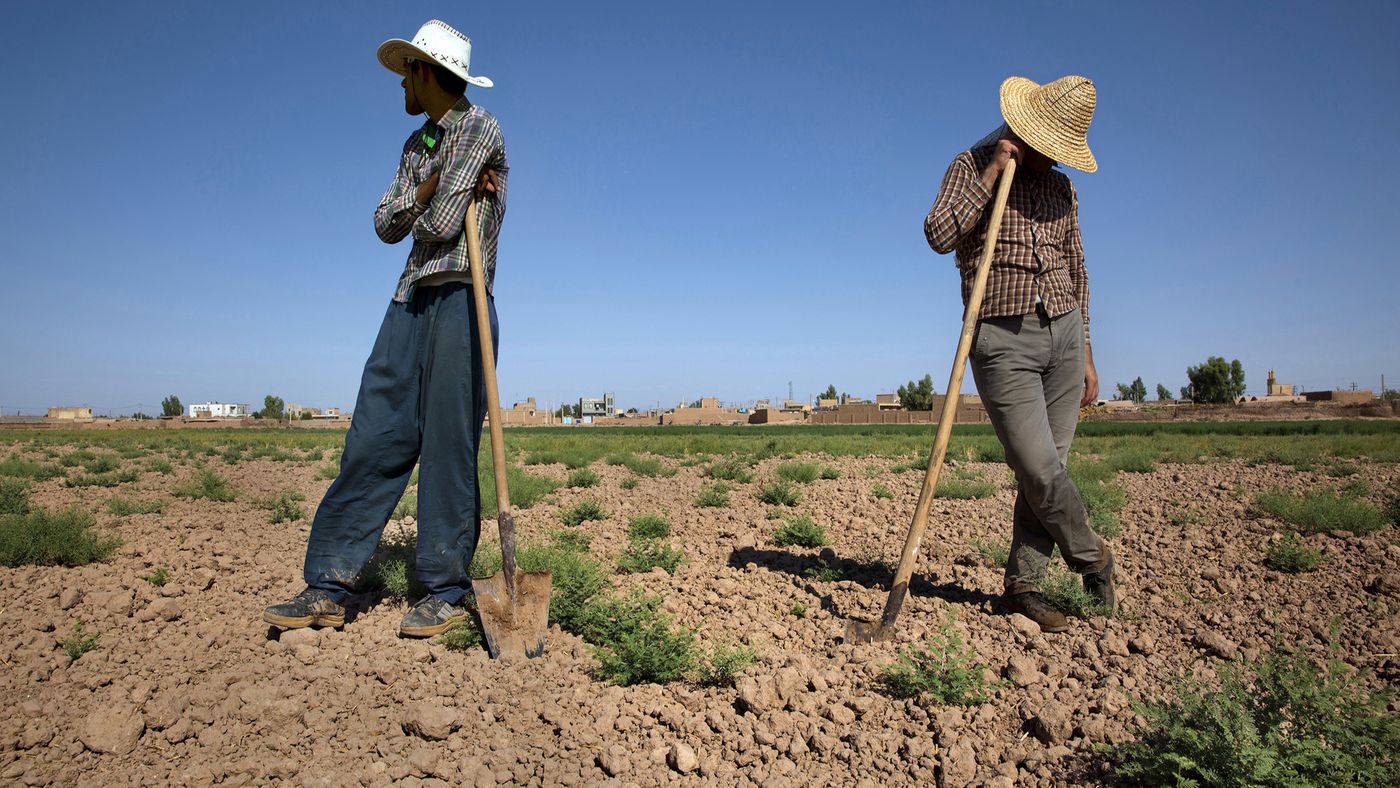 by Azita Carlson
A number of protests have broken out in Iran over droughts that have been exacerbated by the Regime’s mismanagement and now represent a pressing public health matter.
These protests – mainly in Isfahan and Khuzestan – form part of a much larger anti-regime movement that broke out across Iran in late 2017, which the Regime is trying to crack down on Earlier this month, dozens of farmers protested near Isfahan and accused the Regime of allowing to be diverted in exchange for bribes. Then riot police fired tear gas at them and were violent towards the farmers.

A journalist in the region, who asked not to be named because of the sensitivity of the subject, said: “What’s called drought is more often the mismanagement of water. And this lack of water has disrupted people’s income.”
This should concern the Regime as drought was one of the causes of anti-government protests in Syria, prior to the civil war. This is something that hasn’t escaped Iran’s Revolutionary Guards (IRGC), an all-powerful suppressive militia.
In February, senior commander Yahya Rahim Safavi admitted that water will play a key role in security in Iran.
Roughly 97% of Iran is experiencing some kind of drought, according to Iran’s Meteorological Organization. Human rights organisations are saying that this is driving many people from their homes.

Hadi Ghaemi, the executive director for the Center for Human Rights in Iran (CHRI), a New York-based advocacy group, said: “Towns and villages around Isfahan have been hit so hard by drought and water diversion that they have emptied out and people who lived there have moved. Nobody pays any attention to them. And people close to Rouhani told me the government didn’t even know such a situation existed and there were so many grievances.”

This was backed up by a United Nations report from 2017, which read: “Water shortages are acute; agricultural livelihoods no longer sufficient. With few other options, many people have left, choosing uncertain futures as migrants in search of work.”
Even President Hassan Rouhani and Supreme Leader Ayatollah Ali Khamenei are now acknowledging the drought as a serious problem, but their solution seems to be encouraging the Iranian people to conserve water, rather than fixing the corruption in the Regime that allowed this problem to get so bad in the first place.

Rouhani promised to fix the problems, but as always this rings hollow from his mouth. There are also no quick fixes to issues like drought.
Tara Sepehri Far, Iran researcher for Human Rights Watch, said that these localised problems need a national response, but that widespread corruption in the Regime makes that a near-impossible task.
Not to mention that environmentalists often find themselves under attack from the Regime, something most notable in the recent arrests of eco-activists and the suspicious death in custody of Kavous Seyed-Emami, the director of the Persian Wildlife Heritage Foundation.
Earlier protests over the droughts in Iran got violent quickly. In January, the security forces opened fire on protesters, killing at least five people.