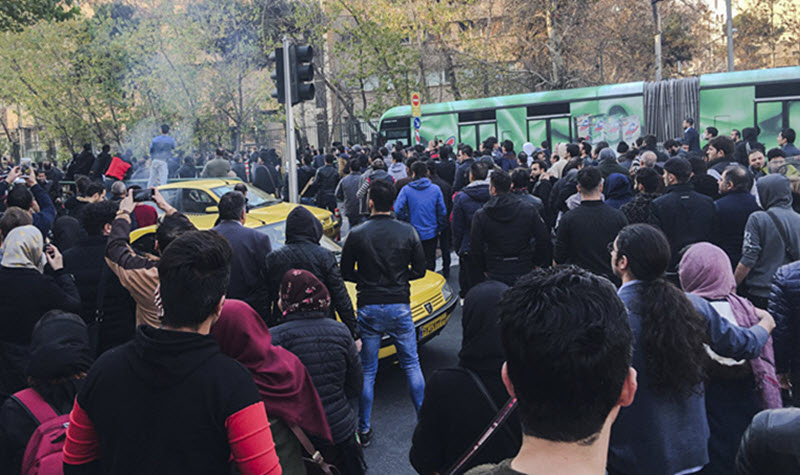 Jahangiri did not give any details about how this would work but said that some goods might need to be rationed with vouchers because of increased US sanctions on Iran.

He also admitted that some economists and businesses are arguing against rationing because it will only increase government interference in the country’s markets, something that has only ever increased the troubles faced by Iranians.

Jahangiri said: “They believe that in our current difficult situation rationing goods is not only irrational but more open [competition] is necessary. They also believe that, instead of rationing goods, the indirect government subsidies should be eliminated and directly paid to the people along with the cash monthly subsidies they currently receive.”

Iran currently spends $60 billion per year subsidising goods, like fuel and provides a small monthly allowance to every Iranian. However, this is in no way enough to meet the insane economic pressure faced by the Iranian public.

The Iranian parliament has already approved the rationing of goods through electronic vouchers in its latest budget bill and Abdolnasser Hemmati, the Governor of Central Bank of Iran (CBI), confirmed on April 14 that electronic coupons have been prepared in readiness for the government decision.

For many Iranians, this will be reminiscent of the eight-year-long Iran-Iraq war where goods were rationed and it took years before goods were able to be freely bought it shops again.

Late last year, President Hassan Rouhani was forced to distribute a financial “support packages” of one-three million rials to families across Iran to counter the effects of US sanctions, but this is hardly enough to feed a family on.

At the time, Rouhani said: “Support packages of one-three million rials are on their way; the exact amount will depend on the circumstances of each family, but they will be given out to targeted groups, shortly.”

Ever since the US withdrew from the 2015 nuclear deal, formally known as the Joint Comprehensive Plan of Action (JCPOA), in May last year and reimposed sanctions on Iran, the country’s economy has seen a massive drop, with the devaluation of their rial currency, rising inflation, and mass unemployment.

Trump pulled the US out of the deal, which was designed to lift sanctions in exchange for restrictions on Iran’s nuclear program, citing Iranian cheating and a failure of the deal to counteract Iran’s other malign behaviours.