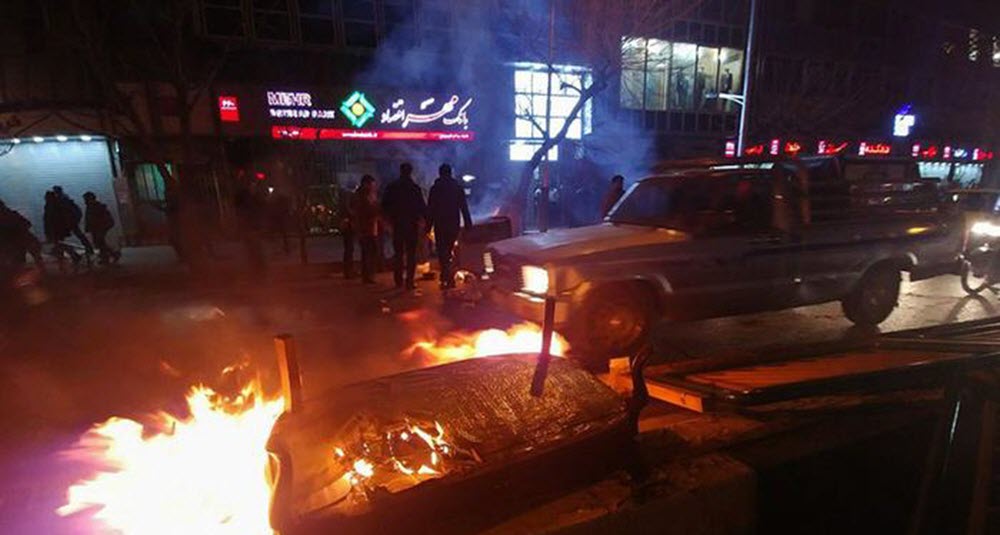 The people of Iran are angry. They are calling for the overthrow of their regime and are desperate for great change. They are taking command of their future and are adamant that they will not continue to tolerate the medieval regime that is ruining the lives of millions and denying them of the most basic of human rights.

The Iranian regime is dealing with the situation in the only way it knows how – further repression. Dozens have been killed and hundreds of protesters have been arrested. It is likely that many of these will be tortured and possibly executed.

In 2009, the people of Iran took to the streets in an uprising that left the regime worried about the strength of the people. However, it has been said that the current demonstrations are on a much larger scale. In 2009, the people were almost able to topple the regime, but they lacked the backing of international leaders including former President Obama who turned a blind eye to the situation.

Even if the Iranian regime manages to ensure that the protests fizzle out, it cannot reverse the damage that has already been done. The people will not put their discontent to one side. Too much of the population is affected for it to be brushed under the carpet.

The young population of Iran, including students, is huge and has a great strength and passion for shaping the future. They have nothing in common with the aging regime and they want a prosperous and economically strong Iran. They want domestic needs to be put first.

The Iranian regime will never have the trust of the general public. Too much has happened in the past for their crimes to ever be forgotten. Any hope when Rouhani was re-elected with his promises of really helping the people has been dashed. It is clearer than ever that there is not a single shred of moderation in the whole of the Iranian government.

How the West acts will be of vital importance. When former President Obama failed to comment on the 2009 uprising, he missed a huge opportunity. With the backing of the US President, the Iranian people may just have managed to tip the regime over the edge. While the West cannot encourage the Iranians to rebel, it must not remain silent. Especially if the government cracks down on the people like it did in 2009.

The West should encourage the people to be peaceful in their activities, but instead of focusing on the people it should warn the regime that violence against the people is unacceptable and that it will be held accountable.

President Trump has already expressed his support for the people of Iran in a series of Twitter messages and he has promised that when the time comes, the US will lend a hand. Let’s hope that the US realises that being forceful will make the delicate situation worse. Regime change in Iran needs to come from within, orchestrated by the people. The best thing the West can do is stand behind the people for support.