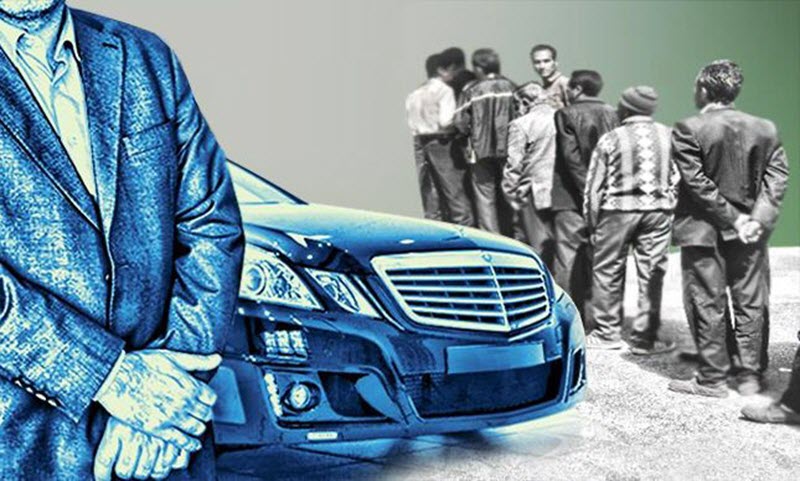 Iranian officials may call for “death to America” in public, but in private, they send their children and families to live in or visit the land of the “Great Satan”.

A cleric who currently represents Qom in the Iranian Parliament, Mojtaba Zonnour, alleges that former US President Obama gave Iran 2,500 US citizenships as a favor to the regime as part of the Joint Comprehensive Plan of Action (JCPOA). “Some gentlemen and officials competed with each other to have their children be among the 2,500,” the conservative politician alleged.

The country’s elite lead lives of luxury on wealth many believe has been embezzled from the people of the Islamic Republic of Iran.

Tehran’s Lavasan region is known as the “Beverly Hills of Iran”. Those with enough funds have flocked to the small town. The Jajrood River flows through Lavasan, which is situated in Shemiranat County, 11 kilometers northeast of Tehran. The affluent town enjoys excellent weather.

It was recently in the news due to the many construction violations sanctioned by regime elites and officials. The state-run Mashregh website reported, “The influx of people to Lavasan in recent years despite the limited capacity of the region, and at the same time, the profitable construction opportunities has led to widespread violations in the town, from building a hotel on the banks of the river to scraping a mountain to build a deluxe palace.” According to Mashregh, rather than preventing the building violations, officials sought a piece of the land for themselves.

Seyed Saied Lavasani, the head of Lavasan’s Friday prayers said in comments carried by Mashregh, “We are faced with several phenomena in this area. One phenomenon is land grabs which has now reached the point of hill and mountain grabbing. The second issue is illegal and very illogical construction which is being carried out in Lavasan and Rudbar-e Qasran District. These constructions are being carried out outside the cities and on the peaks of mountains and are not only limited to Lavasan. The building of villas in the mountains will damage water sources and mountains and these are serious issues for us.” He also revealed that people from certain ministries have called him to request that certain people not be prevented from building in the area.

The entitled sons and daughters of regime elites who flaunt designer clothes and lavish cars are now buying expensive villas in Lavasan and posting photos of their homes along with the price tags on social media.

Ordinary Iranians are angered by their undeserved wealth. According to state-run media, more than 19 million Iranians live in 3,000 slums and make up the 35% of Iran’s urban population, while 80% of the population live in poverty.