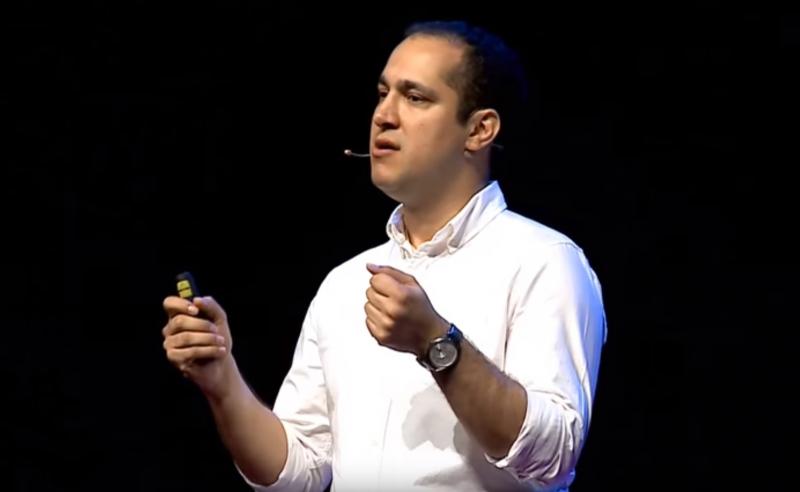 by Staff writer, SF
The recent rise and fall of the deputy head of Iran’s Department of the Environment reflects Tehran’s chronic mismanagement of its water resources, as well as its drought of talent in Iran, as its citizens flee the regime’s repressive rule.

In April, in the wake of spurious charges of disloyalty to the Islamist regime, Western-educated Iranian water expert, Kaveh Madani formally resigned. Within months of his appointment, begun with such optimism that he tweeted, “I have returned with the hope of creating hope,” he was arrested interrogated.

Madani was born in Tehran in 1981, and obtained a master’s degree in water resources from Sweden’s Lund University, and a doctorate in civil and environmental engineering from the University of California. He is well known globally for his research and expertise. He has won prestigious awards from the American Society of Civil Engineers and the European Geosciences Union. He conducted a TedX talk about global water scarcity. He appeared in Al Jazeera and BBC documentaries. He received a professorship at Imperial College London.

The Iranian government is facing a growing, decades-old environmental predicament, with nationwide water shortages. Madani described the shortages as “unprecedented”. Key rivers dried up. Millions of Iranians were forced to move from the countryside to cities. Protests routinely occurred in affected areas. In a 2015 interview, Isa Kalantari, the head of Iran’s Department of the Environment, warned that if the water shortage persists, 50 million Iranians will need to relocate to survive.

According to Madani, culpability rests on regime mismanagement. “The government blames the current crisis on the changing climate, frequent droughts, and international sanctions, believing that water shortages are periodic,” he wrote in a 2014 paper. He noted that “these exogenous issues are only crisis catalyzers, not the main cause of the water crisis.” Iranians, he argued, “have failed to invest sufficiently into developing a resilient water management system.”

Tehran announced Madani’s appointment as the deputy environment chief in September 2017. It was surprising in that it represented an implicit, and atypical, acknowledgement by the regime of its own failures. It also marked the rare return of a prominent Iranian professional from the diaspora that resulted from the 1979 Islamic Revolution.

Madani became a symbol of expatriate return, a role he willingly embraced. “There are a lot of people abroad, waiting and watching closely to see what’s going to happen,” he said in December. “If I succeed, we might see more people coming back to help the government.”

However, despite Iranian President Rouhani’s pledge to reverse the exodus from the country by respecting democratic norms and improving economic opportunity in Iran, Tehran has long regarded Iranians with Western ties, particularly dual nationals, as potential threats to its ideology. The regime appears to believe that the West seeks to undermine the regime by infiltrating the country with foreign values. Madani’s years of living in the United States and Europe sparked suspicion within the regime. They began spying on Madani as soon as he returned to Iran, breaking into his personal computer and accounts. In February, he was arrested and interrogated. Kayhan News accused him of spying for enemy governments. Tasnim, News posted a photo of Madani dancing at a private party with a woman not wearing the mandatory hijab, or headscarf on March 31st.

Then, in April, Madani resigned and left Iran, confirming the news on Twitter. On April 17th, he wrote, “Yes, the accused fled from a country where virtual bullies push against science, knowledge and expertise and resort to conspiracy theories to find a scapegoat for all the problems because they know well that finding an enemy, spy or someone to blame is much easier than accepting responsibility and complicity in a problem.”

On April 22nd, Kayhan published an article titled, “His debauchery aside, Madani’s primary crime was espionage.”

What this means for the Iranian people, especially during a time of nationwide protests, in part due to the water crisis, is that Tehran’s anti-Western paranoia has kept the country from enacting the measures that would ensure the country’s survival.

Iranian journalist Nahid Molavi said it best, “It might be a simple thing for you to resign and leave, but for us it means the extinction of the last flickers of hope.”