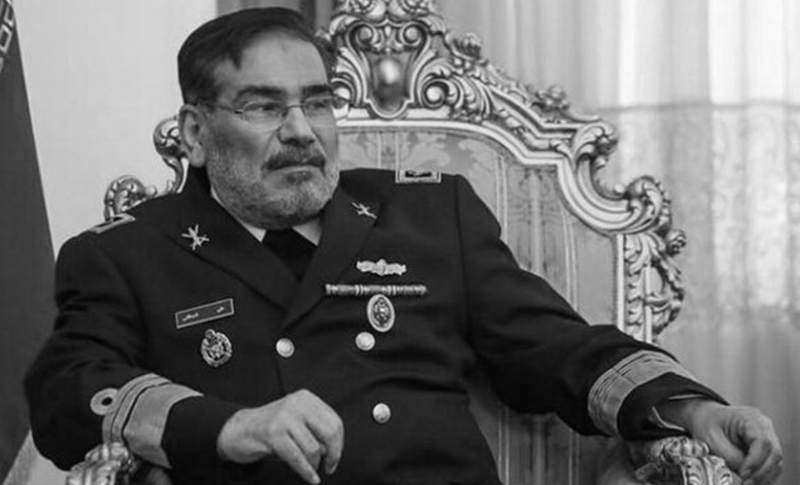 The official IRNA news agency quoted Shamkhani on December 12 in a meeting with families of those killed in recent protests.

“More than 85 percent of those who died in the recent events in Tehran did not take part in the protests,” he said, ludicrously claiming these individuals “were killed in a suspicious manner with unofficial cold weapons or firearms.”

This is while it’s clear that regime suppressive forces were the only armed party and social media is flooded with footage of the regime’s suppressive forces and plainclothes agents firing directly from a close distance at defenseless protesters.

Shamkhani’s remarks show the intense social pressure on the regime which fears another public outburst. Such ludicrous remarks by top regime officials show the regime’s fear.

Day by day, new dimensions of the crimes of the mullahs’ regime during the uprising become clear. According to the latest report by the People’s Mojahedin Organization of Iran (PMOI or MEK Iran) network inside Iran, more than 1,000 protesters were killed, and another 4,000 were injured, while at least 12,000 were arrested. The MEK has to date verified and published the names and details of 432 victims. According to the MEK, some 320 deaths were registered in hospitals of Kermanshah Province alone.

Stopfundamentalism.com published on a shocking December 12 report citing witnesses on the scene of Iran protests.

Mrs. Maryam Rajavi, President-elect of the Iranian Resistance, has reiterated the need to take urgent action aimed at stopping the massacre and releasing detained protesters.

Mrs. Rajavi emphasized that the United Nations Security Council must declare this great massacre a crime against humanity and the UN Secretary-General should dispatch a fact-finding mission to Iran without delay to investigate the dimensions of this horrific massacre and inspect the prisons and detained protesters.