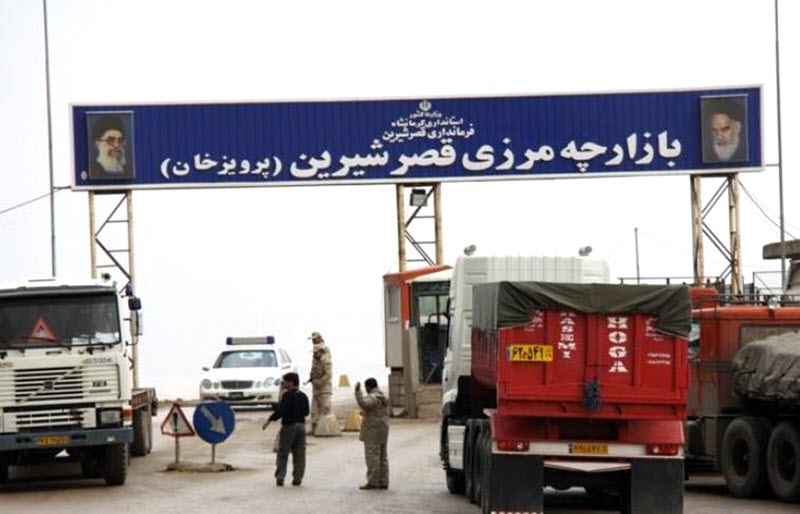 It has been reported that Syria put restrictions in place on all imports from Iran. The news was announced by the deputy head of the Iranian Chamber of Commerce, Industries, Mines and Agriculture (ICCIMA) via a state news agency.

This news comes just after reports that the Supreme Leader of Iran has been boasting about the country’s victory over the Islamic State group in Syria.

Hassan Selah Varzi told news agency ILNA on Friday 24th November that because of the restrictions put in place by Damascus, imports from Iran to Syria have basically been halted. He said that the marketplace in Syria is saturated with contraband material that has been smuggled into the country from Turkey. He also said that the Syrians “long to buy” the contraband goods.

He was unable to provide any further details about the restrictions that are affecting Iranian imports.

The chamber of Commerce in Iran has said that before the Syriac civil war started, Iran’s non-oil and petrochemical exports to Syria amounted to around $350 million per year. The figure for the same exports this year is down to around $250 million.

Iran is in somewhat a disadvantaged position when compared to the likes of Turkey because of its lack of a land border with Syria. Goods enter Syria from Turkey with very little impediment.

Another factor that is working against Iran is the tightness of regulations that are in place with regards to customs. They are becoming increasingly complicated and the bureaucracy is overwhelming.

In a further blow to Iran, Iraq has sharply increased tariffs on dairy products from Iran, with the rate going from 5 per cent to 25 per cent from one day to the next. The deputy of the Iranian Chamber of Commerce has complained about this, saying that the increase in rate is far too high. He added that three-quarters of all exports from Iran to Iraq are dairy products and said that, as a result of this increase, it is certain that many dairy farmers in the country would be left with no choice but to declare bankruptcy.

Since the beginning of the civil war in Syria, Iran has provided a huge amount of financial backing to its president Bashar al Assad. This has included a huge credit line.

More precisely, several international news outlets have reported that the Central Bank of Iran has provided Syria with a number of credit lines since 2013. This includes around $5.6 billion for importing Iranian oil.

Bashar al Assad, in 2015, signed a new law that ratified a billion-dollar credit from Iran. These funds had the potential to lessen the financial strain that has put the country under pressure due to the very expensive war that had been fuelled and dragged out by Iran.

However, experts believe that the extent of financial assistance provided by Iran to Syria is far more substantial than has been reported.

Some say that the Islamic Republic of Iran spends more than $1 billion per year to prop up the Syrian dictator.